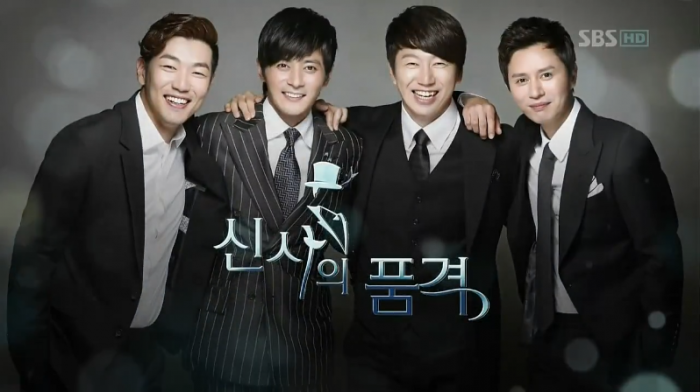 This drama tells a story of four men in their forties as they go through love, breakup, success and failure through their urban lifestyle. Kim Do Jin (Jang Dong Gun) has a ‘rollercoster’ romantic relationship with Seo Yi Soo (Kim Ha Neul). Im Tae San (Kim Soo Ro) is dating Se Ra (Yoon Se Ah) but thinking whether there is the right one for him. Choi Yoon (Kim Min Jong) tries to heal his heart after losing his wife four years ago. Lee Jung Rok (Lee Jong Hyuk) marries an older woman for money but worries about losing his comfortable lifestyle after divorce.

This is by far my favourite romantic comedy drama of all time in the year 2012. The whole storyline goes smoothly until the very end without rushing too much. Although the guys like Do Jin say something cheesy, it makes us feel so sweet of them to say something that makes our heart beat. I’m happy that they’re all together as one big happy family and friends. The ending was perfectly well done as every single couple are happy for each other especially when they smile for the camera.

Overall, I started to like this drama since the very beginning of this episode: great casts, smooth storyline, and solid directing. It reminds me of the male version of ‘Sex and The City’. I enjoyed the bromance between these four men. They talked and laughed about their life including mostly dating and relationship. Although they look mature and good looking but, sometimes, they do act like children which is quite funny. I do admit that they are seriously good looking especially Jang Dong Gun who is one of my favourite actors. He acts really well in portraying Do Jin to have both serious and cute personality when it comes to work, friends, and relationship. For me, it is my first time seeing him another side of him when it comes to acting. Kim Soo Ro, as usual, brings up the laughter and seriousness since the first episode of this drama.

Each couple gives us laughs and loves. Some situations you might get annoyed about a few couples while other situations are sweet that makes your heat flutter. This drama lets audiences explore about relationships, marriages, and family. I love the late 30s and early 40s people’s love stories which excites me to watch the following episode in this drama. 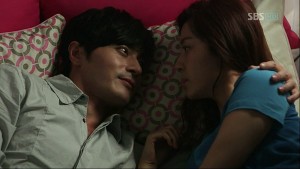 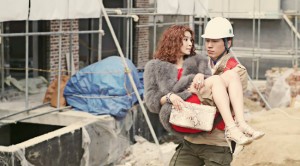 My favourite couple of this drama is Do Jin and Yi Soo. Although Do Jin looks charismatic, he finds the hard time to figure out to convey his true feelings to Yi Soo. On the other hand, Yi Soo has the funny personality and caring heart but also in a similar situation as Do Jin when it comes to romance. When Colin comes into the picture, things start to heat up as Do Jin is in the situational roles as a father to Colin and a lover to Yi Soo. Tae San wholeheartedly cares for Se Ra while she didn’t appreciate his effort. Se Ra slowly realizes what love and care really means. Also, whether she chooses Tae San or her lifetime career. Although they have been arguing the whole time, they still love and support each other. 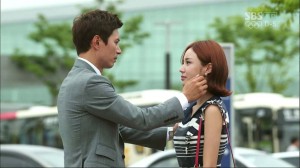 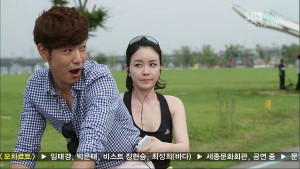 There is an age gap between Yoon and Me Ahri. Yoon tries to respect his close friend, Tae San, by not being in a relationship with Tae San’s sister, Me Ahri. Although he loves her, he does not want to break the close friendship with Tae San. Me Ahri is one of the most annoying and immature person whom I really want to slap her in the face so she can get her senses back to reality. She keeps going after Yoon even though he tells her to forget about him. The couple is annoying, yet at the same time, is heartbreaking. This is the battle between Tae San, Yoon, and Me Ahri. There is not much going on between Jung Rok and Min Sook. The overall scenario is that Jung Rok secretly having affairs with younger women while Min Sook found out about it. She insists on having a divorce with him but he doesn’t want to. Jung Rok doesn’t realize that Min Sook just want to have love and support from him. Yet, at times, Jung Rok tries his best to make her happy with his youthful charms.

This drama gave us great laughs and memories about love and friendship that is important in our lives. Even though we have ups and downs, we still have family and friends whom we can rely on. Each character has a unique personality. Each couple has a unique storyline. After combining them all together, you have a wonderful match that brings you tears and joy. Every single episode gives you so much excitement that you will keep watching till the very end. Wouldn’t it be great to see the next follow up from this drama? The Colin’s version? That would be interesting. I hope the production team will do the next one because I’m already in love with this one. It will be great to see the same casts on the ‘hope’ to be next upcoming drama.