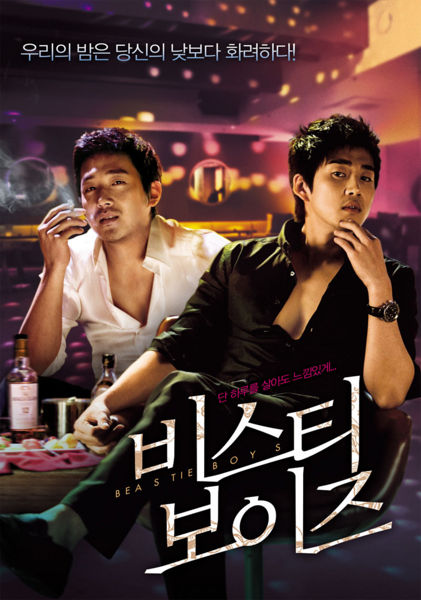 Seung Woo (Yoon Kye Sang) works as a male host who serve and entertain female customers. When he meets Ji Won (Yoon Jin Seo), he starts to have feelings for her. The complicated situations get into their way. On the other hand, Jae Hyun (Ha Jung Woo) enjoys his life in drinking and entertaining guests. However, he spends the money on drinking, gambling, and cheating on his girlfriend which brings problems to him.

Beastie Boys focuses on the power of money that ruins people’s lives. Each characters want the money to survive in the harsh world or making themselves happy. They believe that money can solve all the problems but it ended up making themselves into big troubles. Seung Woo gives love and financial support to Ji Won because he truly, from the bottom of his heart, cares for her. However, he finds out that Ji Won takes advantage of him and only thinks about herself. This causes Seung Woo going mad of what she has done that he take some serious actions. On the other hand, Jae Hyun fulfils his own satisfaction with money while not considering his girlfriend, Han Byul (Seung Woo’s sister). Based on the characters’ scenario, the power of money destroys the power of love follow by causing madness among each other. 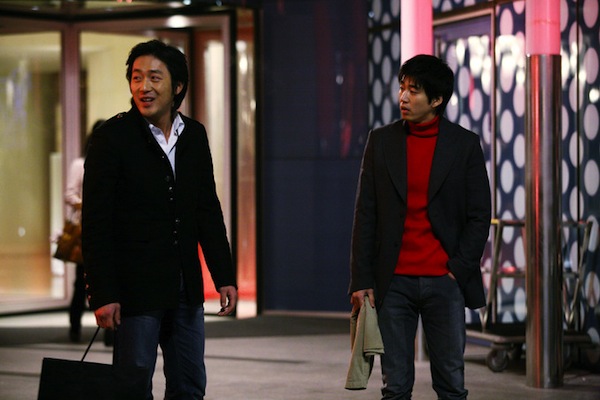 Both Seung Woo and Jae Hyun are balancing their roles as hosts and lovers. They are trying their best to get along in different worlds but, thanks to the greed of money, it affected their career and love lives badly. They want to earn the money to entertain the female customers who wants love and happiness. Yet, their girlfriends are getting annoyed of what they do. Again, the power of money make their two different lives so complicated that they start to scream and fight. Their emotions start to go insane that they can’t control properly.

However, the huge disappointment I have with Beastie Boys is Director Yoon’s filmmaking style. I had watched Nameless Gangster and The Unforgiven which I was also not happy with it because of the lengthy storyline that does not build up from start to finish. Then, when I watched the Beastie Boys, it was exactly the same style that Director Yoon’s in previous films. The moral of the story in films are their but there were not much excitement. I tried to concentrate in watching Beastie Boys but my mind just dose off because, again, the storyline keeps dragging on until I thought “when this is going to end”. The film didn’t make me enjoyed and excited while watching it. 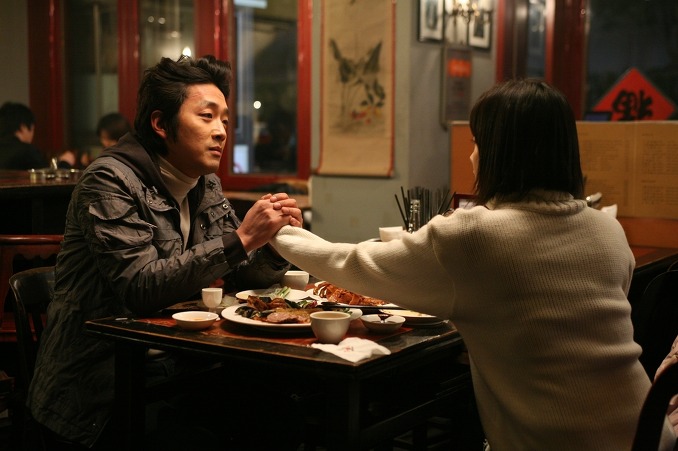 Jae Hyun gives his love to his girlfriend

So, the moral of the story from Beastie Boys is money fully cannot make anyone happy, money makes the life, including love, a total mess. The characters pour their hearts out with madness and anger. They scream, pulling hair, and slapping as a way to show their negative emotions among each other. Yet, as I said before, I didn’t enjoy the film at all because of the stagnant and lengthy storyline that goes on and on. Not worth the time for me to watch this film. It didn’t meet my expectations as I thought this would be as great the trailer which I watched. Seriously disappointing film.