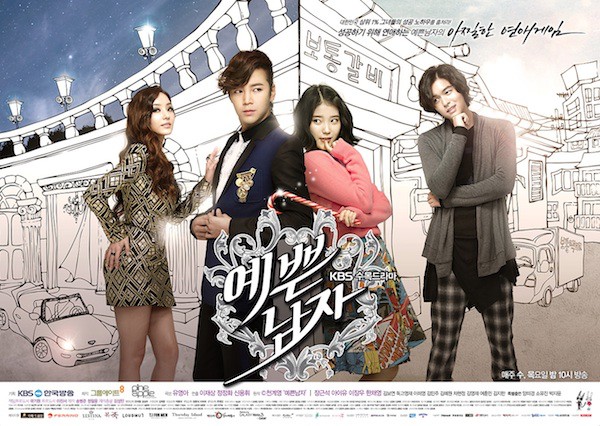 A beautiful young man named Dok Go Ma Te (Jang Geun Seuk) has his ways, with his handsome charms and looks, to get what he wants especially when he sweeps the ladies of their feet. One day, the ex-daughter-in-law of MG Corporation, Hong Yoo Ra (Han Chae Young), informs him that he is the illegitimate son of the president of that company. She also tells him about the vice president, Na Hong Ran, who is in control of the company. In order for Ma Te to get to the top and go against Na Hong Ran (Kim Bo Yeon), he has to seduce ten different women. Each woman from different field and has different personality that enables him to know and learn from their capabilities.

Meanwhile, Kim Bo Tong (IU), an ordinary girl with poor background, has been having a crush on Ma Te since high school and has been following him around to get his attention. Later, she meets David Choi (Lee Jang Woo) and they became close friends but she doesn’t realise that David likes her. While  Ma Te is working hard in reaching to the top, he slowly learns and realises the meaning of love and the “password”. Also, while facing challenges, he becomes a responsible and ambitious man. Bel Ami, known as Pretty Man, is based on a comic novel series, Yebbeun Namja, by Chon Kye Young, This comic book series has 17 volumes in total.

After watching the first two episodes of this drama, I got a bit annoyed because of (1) Bo Tong’s continuous annoying hyper giddy love crush on Ma Te and (2) Ma Te’s overly confidence about his own beauty that will get what he wants. Still, I decided to continue to watch it and I didn’t regret in watching the whole thing. Its story started to build up as Ma Te has to deal with the ladies with different personality while building up his own capabilities in facing against the lady boss. In every two to three episodes, I enjoyed how Ma Te has to convince and talk with these ladies followed by using what he has learned in influencing the next target. At the same time, he developed his passion for business from scratch while encountering various obstacles along the way. A good amount of character-focused and relationship within Ma Te’s encounter with people.

Jang Geun Suk has done it again in not only with his charming looks that female fans would fall for. Still, most importantly, he portray his maturer side through Ma Te’s character through sad and angry emotions as it starts to build up based on Ma Te’s story on not only encountering with different women but also finding the meaning of love and the ‘truth’. IU did well on how she portrays Bo Tong in certain situations when it comes to love and work. Aside from her weird clothing, she didn’t overly done with the character. It can be a bit annoying when Bo Tong keep chasing after Ma Te but IU did her best in making the audiences feel happy while worry about Bo Tong. Lee Jang Woo did well in balancing out David Choi’s character in terms of being a good friend you can rely on while having the one-sided love which is stressful yet attracts you into watching the love triangle with Bo Tong and Ma Te. There is an interesting chemistry among the three of them when they are together even though Ma Te has his own situations that he need to settle.

The story plot is quite interesting as we are following through how Ma Te is going through from one level to another while finding out what actually is the ‘secret’ that his father wants. At the later end, you might be surprised about Ma Te’s back story. I closed my mouth and my eyes were wide opened after watching a certain scene of an episode. The major climax that was shocking. There is a lot of focus on Ma Te’s side and then on Bo Tong and David’s side but the three of them are put together into one place. The love triangle made you feel sorry for each of them. The love between Ma Te and Bo Tong slowly blossoms as Ma Te realise the meaning of love while Bo Tong tries her best to get his attention for love and care. Overall, there are a few misses in the story but it didn’t made me stop watching it.

Bel Ami (Pretty Man) can be a little bit annoying, at first, but, later on, you will not be disappointed about it. The characters are well-focused, in terms of personality and sub-story. The storyline has a few minor errors but, along the line, it pulled me into following Ma Te’s footsteps in reaching his main goal and realization about love. The drama is not too deep but it will give you some laughters and anxieties of what is going to happen to Ma Te, Bo Tong, and David Choi.