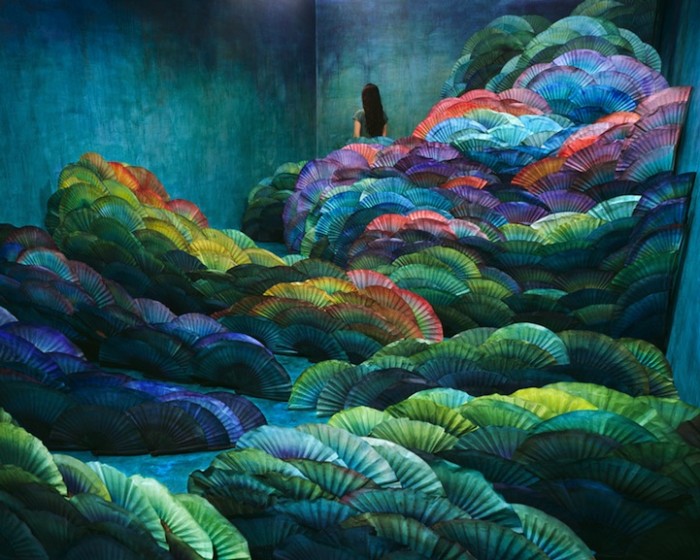 Ever wonder how your imaginary world would be when you are standing at your very own space? Artist Lee Jee Young, who is also a designer, photographer, sculptor, performer, and installation artist, transforms her own small studio in Seoul (3.6 x 4.1 x 2.4m) into different dreamy fantasy worlds. Those images are not photoshopped. She didn’t put any effects to the images which she had captured. Instead, she uses various sizes and types of props in making her space into these worlds by hand. These worlds are based on the old Korean folk fairytales or her own experiences which are interpreted through her works. Each of work take between a few weeks or moths to be completed as she places every single detail and posing herself in that dreamy space. As a person within that space, she adapts with these spaces by revealing her legs, her back, or full body. It depends how she goes through these imaginary worlds. 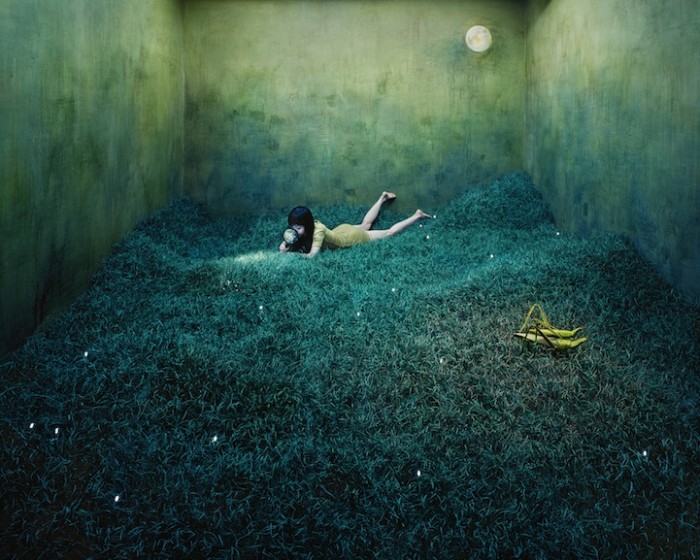 Treasure Island – Based on her childhood memories, she places wire leaves on ground which make it look like a wide grass. She goes in such for her treasure while the full moon shines at night 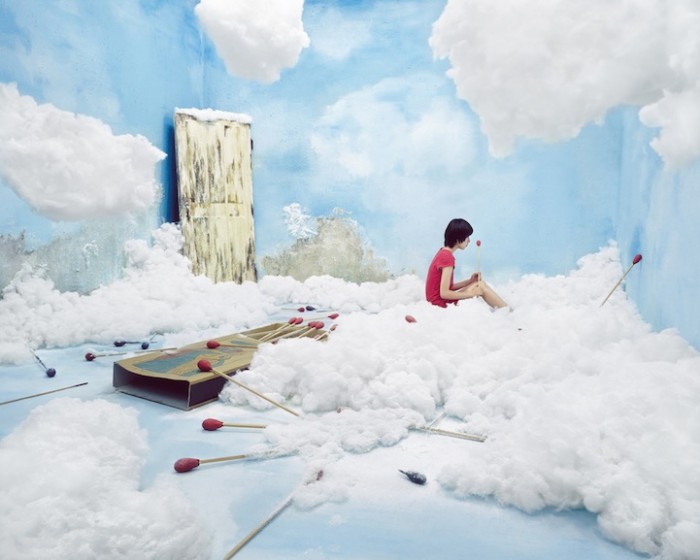 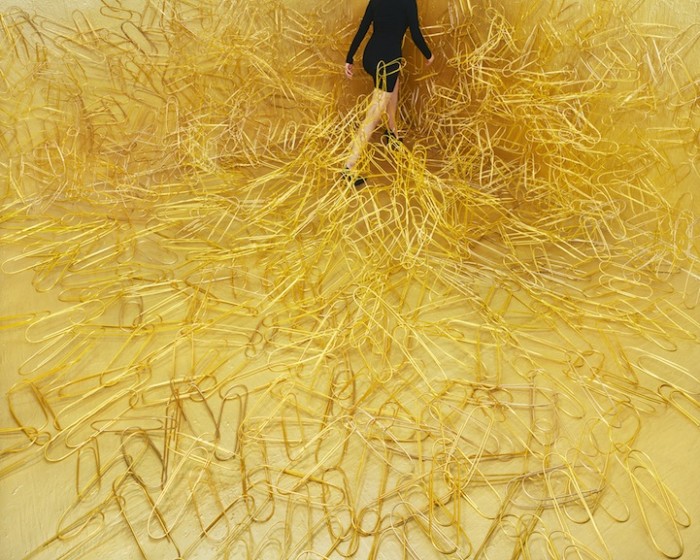 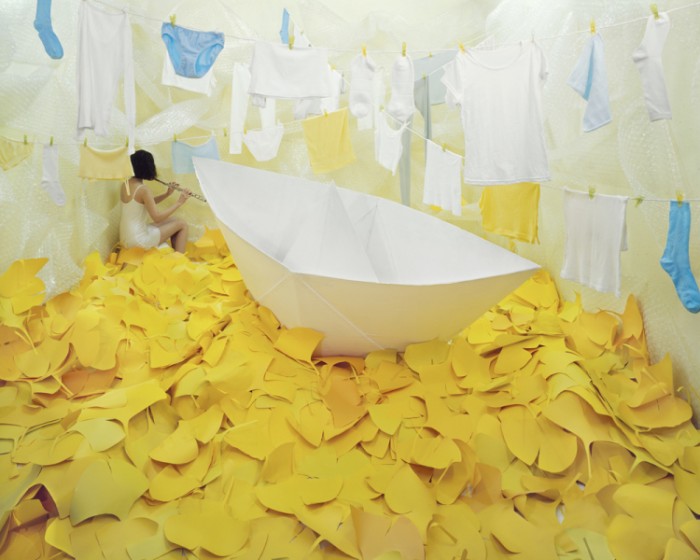 Maiden Voyage – Going through a journey on a paperboat as it sailing across the yellow sea. She spends times in playing the flute while the clothes are hanged on the clothing line. This could mean that, through her experiences, she is on a journey to different destinations 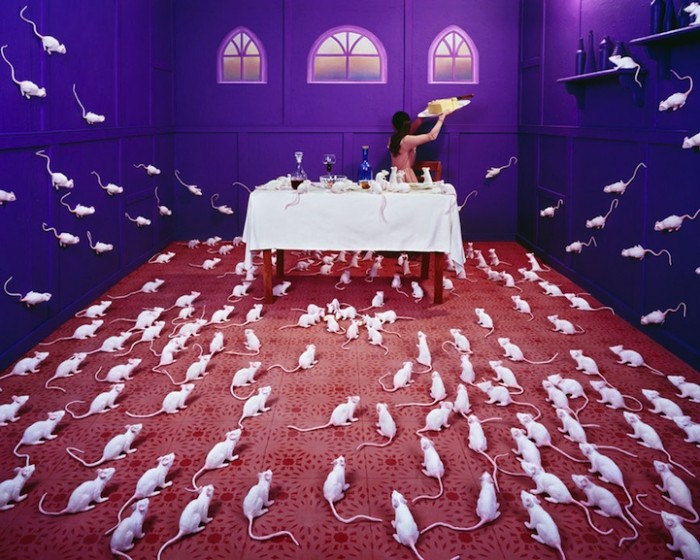 Last Supper – This image associates with the Christian image of the meal that is related to Jesus. With limited resources, lots of mice go towards the table while the artist saves the plate of cheese 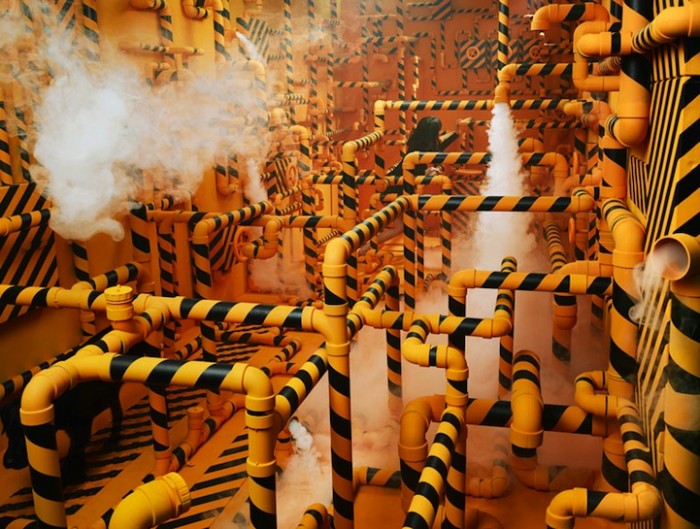 My Chemical Romance – The structural yellow pipes with black stripes that intertwined within the space represents the passageway. Within the space, the artist tries to adapt with these passageways to present the pain, anxiety, and disappointments that she encountered during interactions with different people. It means when the artist is in a different place, for the first time, she has a hard time in adapting to different culture especially when she encounters conflicts 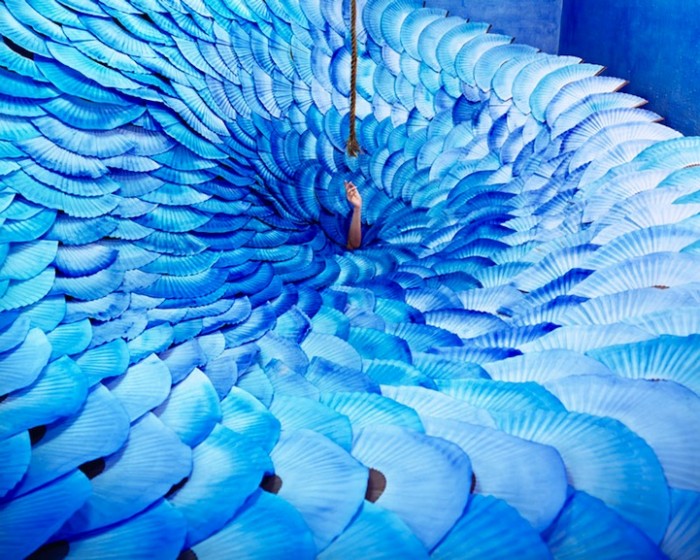 I’ll Be Back – This is based on the Korean tale that the tiger desperately chases after the children into the well. Blue painted traditional fans are formed into a whirlpool while a hand emerges to grab hold of the rope. In a way, it shows that the person is trying to save he/she from being drowned 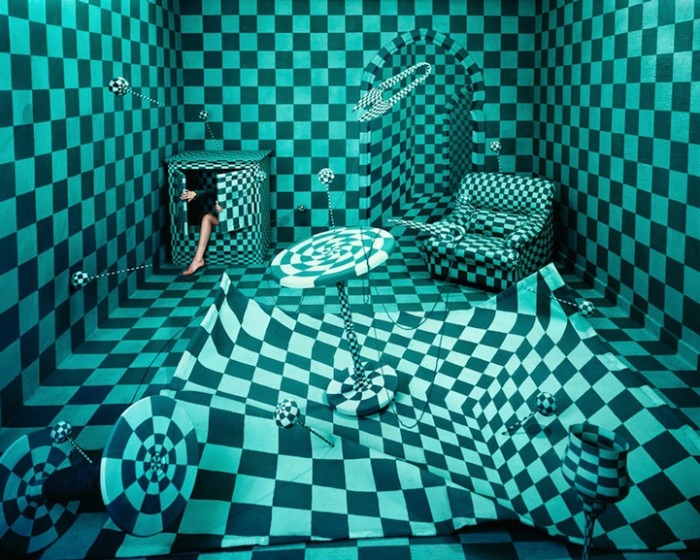 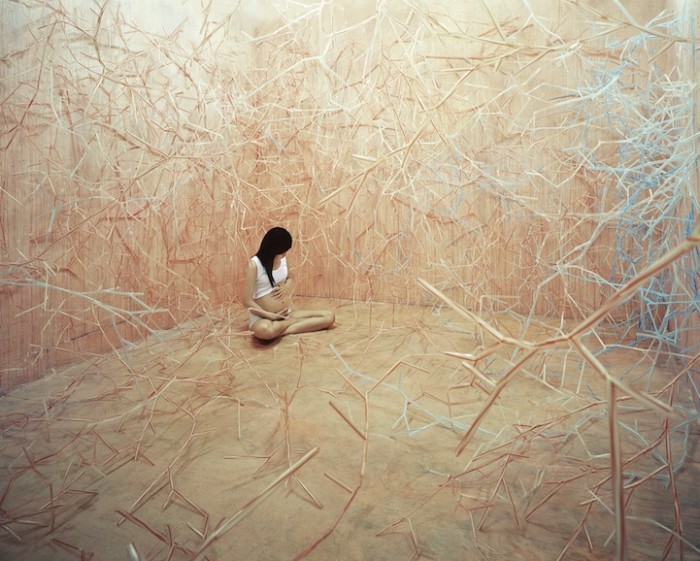 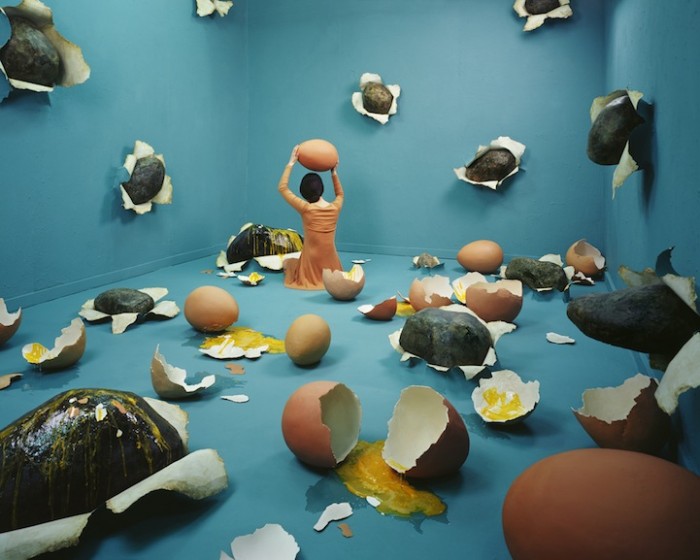 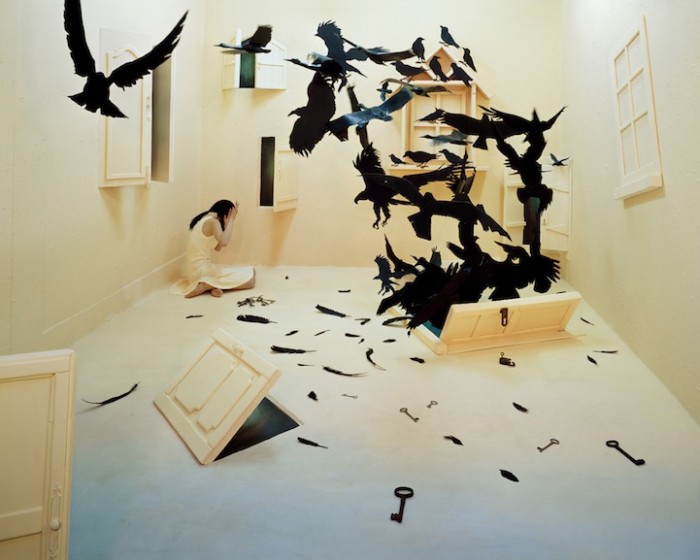 Black Birds – The artist covers her ears as the black birds fly out of the door. It is like inviting darkness into the light world 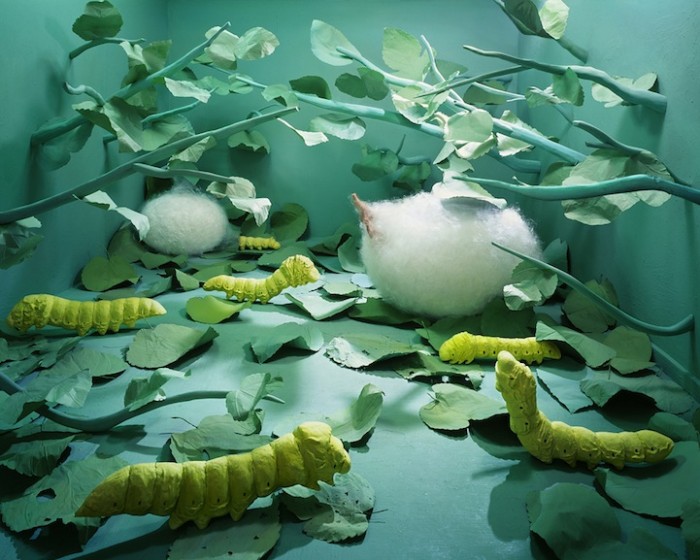 After looking through sixteen imaginary spaces, I was amazed of how she creates every single prop, even the smaller or constructive ones, followed by positioning them in her studio. She made her studio as her own canvas and different worlds that is shown to the viewers. Also, while making these spaces as self-portraits, she shares her own experiences and the Korean old folk tales as interactive and engaging as possible. She invites the visitors to feel like their entering into different imaginary worlds that is mesmerized and amazing. 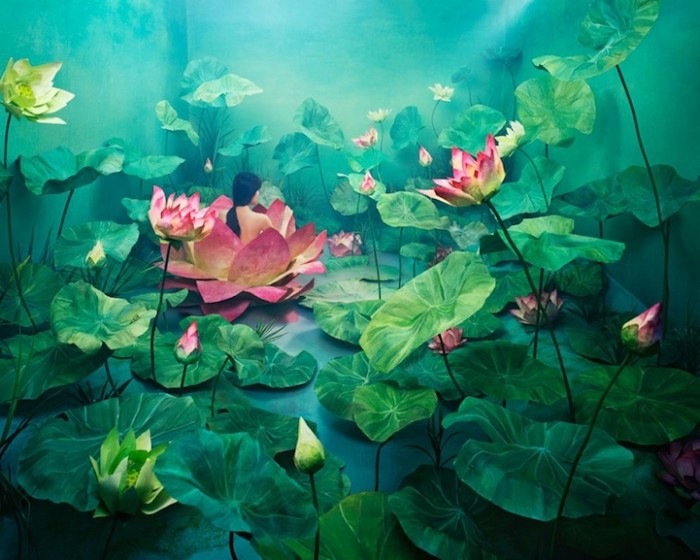 Resurrection – This work is inspired by a Korean folktale, Story of Shim Cheong, and Shakespeare’s Ophelia. The room is covered with painted paper lotuses while having carbonic icy fog that invites the visitors imagining being in the fantasy world. With her own personal experiences, she implies that she has gone through the tough times and have bloomed to a lotus flower which means reaching her goal, grown up, or entering into a new world.

She will be having her first solo European exhibition at the Opiom Gallery in Opio, France. The exhibition is held between 7 February to 7 March 2014. Check out the website for more details.

*All images belong are credit and belongs to artist Lee Jee Young.