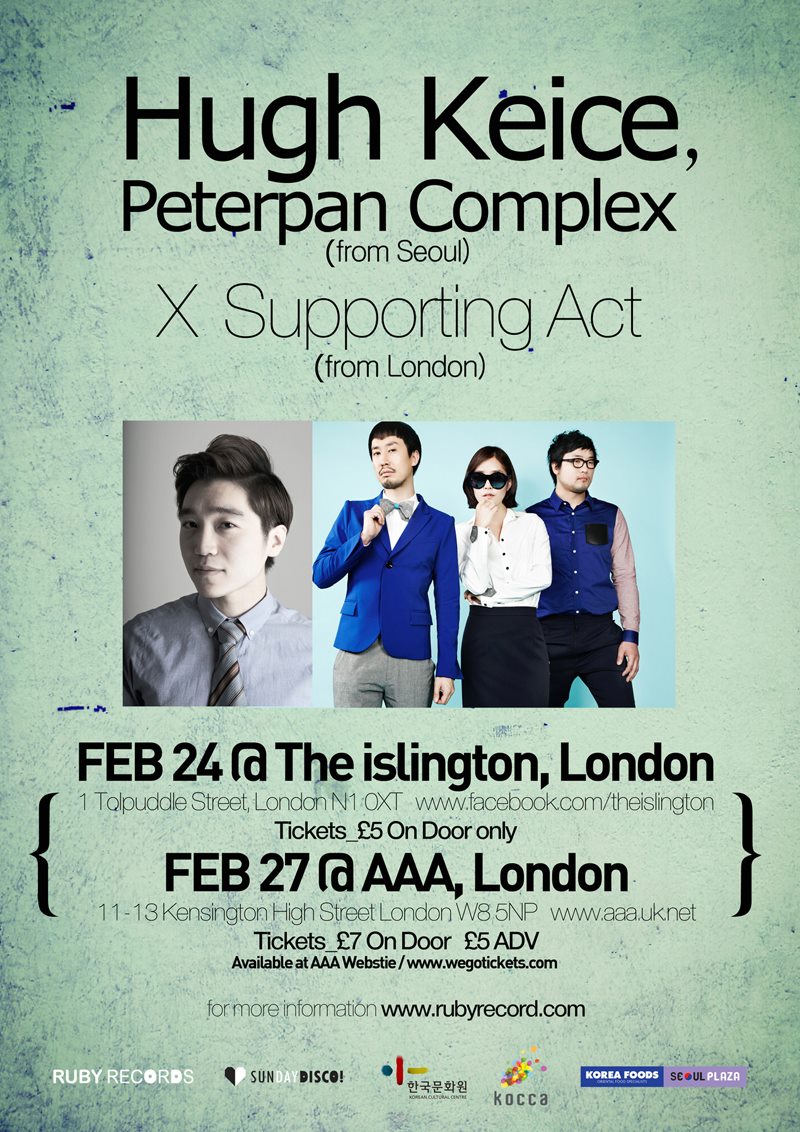 Recently, Hugh Keice and Peterpan Complex came to perform in London (The Islington and The AAA). On the 27th February, I dropped by at the AAA to attend the monthly Discovery Talent which includes performances by Hugh Keice and Peterpan Complex. Before the live gig started, I got the chance to attend the International Music Community (IMC)’s networking event, “Meet the Koreans”, where I met some of the organizers from Ruby Records, SUNDAY DISCO, KOCCA (Korean Creative Content Agency), and IMC. It was nice meeting them in sharing a few thoughts about increasing its Korean indie music scene to the UK audiences. 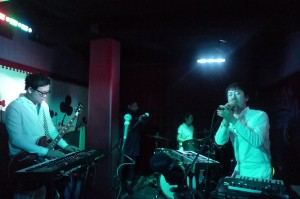 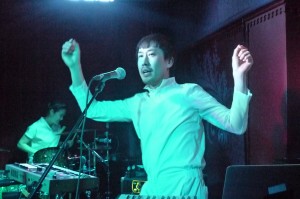 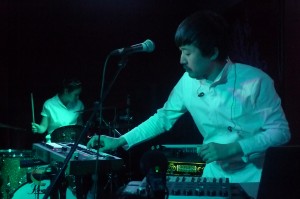 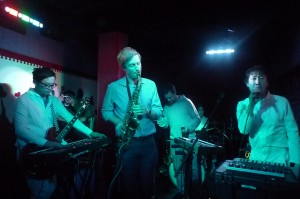 The clock stroke at 8pm and the place is packed full of audiences who waited for the performance to begin. Peterpan Complex was the first to perform. The live performance was different from their studio albums that I listened to. They started off at a slow pace with the first two songs, ‘Minimal Saw’ and ‘그건 너’, that lighten up the audiences mood before building up the whole atmosphere with upbeat tunes. During ‘첫사랑’ (First Love), Jeon Ji-Han (vocal and keyboard) showed his suave dance moves followed by the audiences started to dance along with the electro beats. Surprisingly, for me, some of the audiences sang along on some parts of the lyrics including the next song, ‘자꾸만 눈이 마주쳐’ (Can’t Take My Eyes Off You). I danced and tapped my feet along with my favourite song. Lastly, Peterpan Complex did a special performance with the UK musicians for the last song, ‘노란샤쓰 입은 사나이’. A mix of electro-rock, jazz, and shakers ended the Peterpan Complex’s energetic performance perfectly. The audiences wanted more especially when they shouted for encore but it was time for Hugh Keice to come up on stage. 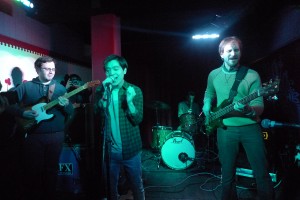 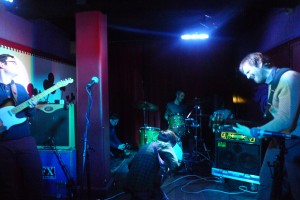 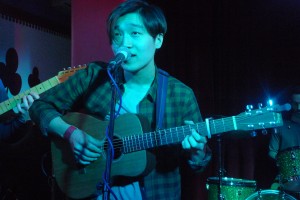 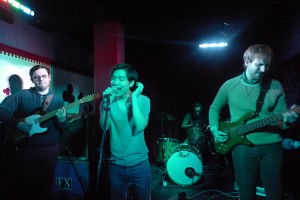 After a short break, Hugh Keice and his band came onto the stage. He performed most of the hit songs from the recent album, Whale Song Omnibus, which includes the previous EPs like ‘Drink in The Desert’. The talented singer-songwriter Hugh Keice has done it again in rocking and belting out the tunes with meaningful lyrics. He lifted up the whole atmosphere by starting off with ‘J’. The soothing vocal and funky tunes kept the audiences in a good mood. Next is ‘Drink in the Desert’ that has smooth melody to our mind. Hugh Keice, then, moved on to lovely sounds of touching ballads with ‘Dancing in the Rain’ and ‘Flowers, Life, and Everything Else’. These songs made the audiences smile while listening to Hugh Keice’s strong vocals that also touched their hearts. Hugh Keice and his band end the performance with the energetic song, ‘8062’, followed by audiences giving cheers and claps for awesome music and performance. 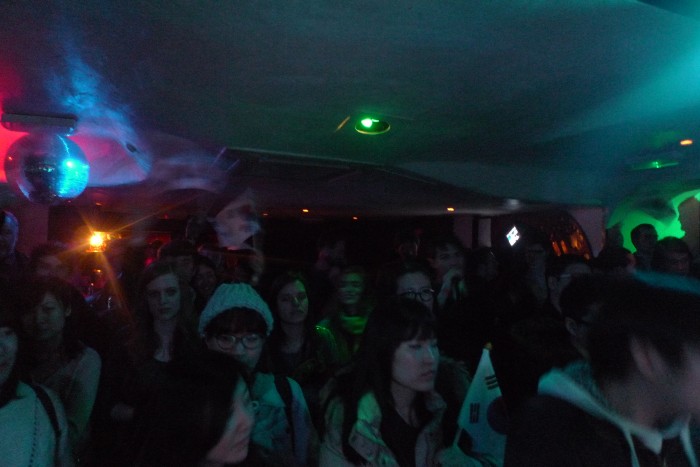 Full house at the AAA, London

As a whole, both Hugh Keice and Peterpan Complex had made my heart beat. The strong electro-rock beats made my heart thumped followed by making me dance a little bit. Then, my heart felt calm and soothing with skips of beat as I watched Hugh Keice’s performances with a mix of ballads and pop rock tunes. There is plenty of emotions that are put into every single song and performance while getting the audiences to have fun on that special night. That night, I didn’t realize that their performance was done even though each of them performed only five songs. I wished they could perform even longer, including playing one or two encore songs, than this.

It was definitely a perfect duo performances that is discovered by the UK audiences in the small venue in the heart of London. Well done to the both of them. Wish them all the very best in pursuing and sharing their love for music for not only the UK audiences but also to the wider audiences around the world. I would like to thank Ruby Records, SUNDAY DISCO, IMC, and the rest of the organizers for arranging this event. An event that gives the audiences a good taste of Korean indie music.