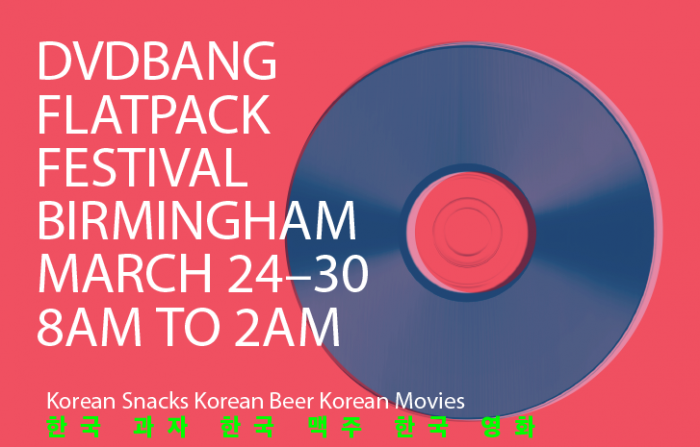 If you happen to be or stay in Birmingham, you are happy to know that DVDBANG is coming over to set up transformed an empty shop front into the wonders of watching Korean films while munching away with snacks and drinking beer.

DVD-bangs are one of South Korean’s entertainment location where you can rent and watch a wide selection of films within 24 hours. Not only these places have film libraries but also have private cinema rooms.

During the Flatpack Festival, DVDBANG will be transforming the shop front into a Korean lounge and screening room on March 24 – 30 at the Birmingham’s Custard Factory. The place where you can browse through a selection of films, have some snacks and beer, chilling out, and knowing more about the films. The room can be booked for couples, groups, families or just for yourself. Your choice of film and how you entertain yourself in the room.

Drop by at the DVDBANG in Birmingham to watch the world cinema in South Korean style.