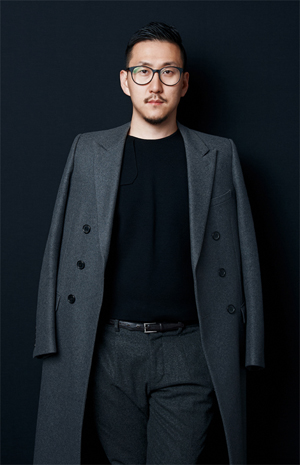 In Seoul, Eudon Choi is trained as a menswear designer which gave him the opportunities to learn about the in-depth tailoring techniques. Later on, he studied at the Royal College of Arts, London in an MA in Womenswear. Before establishing his own brand, he worked as a womenswear designer for a few years. Through his experiences in menswear and womenswear, he is able to blend both sartorial techniques and masculine cuts that fit well with the feminine form of clothing. He gains inspiration through looking into historical and vintage garments, which relate to menswear detailing, and remade a form of fashion that is modern with in-depth details. 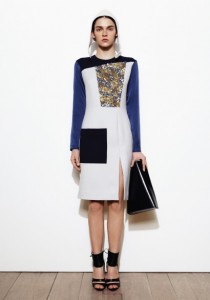 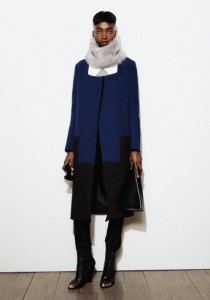 Between 2010 and 2012, he has gained numerous recognition through participating catwalks from Fashion Week in fashion cities and received a few rewards. 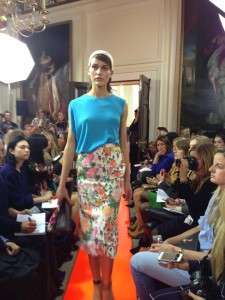 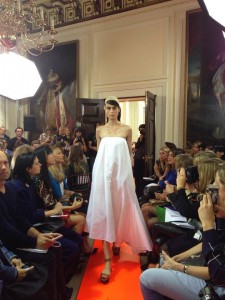 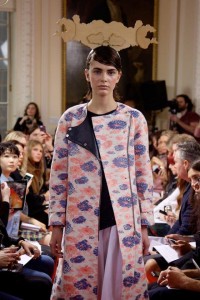 During the London Fashion Week in September 2013, he featured his Spring/Summer collection 2014 that shows the “gentle feminine beauty” by featuring his designs with florals, solid colour patterns and pastels while ensuring the feminine structure of garments. His collection is inspired by Princess Deokyhye, who is the last princess of Joseon dynasty.

His latest collection truly signifies the essence of feminine beauty that is gentle yet beautiful with the patterns and feminine garment structure that catches my attention. He is able to implement both masculine and feminine essence within the clothing of his collection. He presents his works from biker jackets to school uniforms to night gowns while maintaining the elegance of femininity. They are simple yet elegant collection that customers will definitely wear. 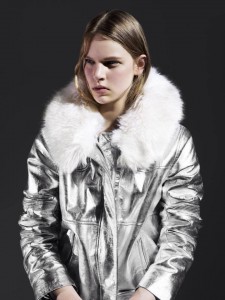 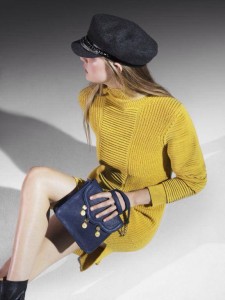 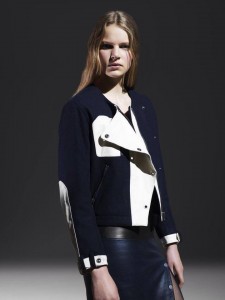 Recently, he has launched the River Island Design Forum 16 piece collection that are available in River Island stores. His collection is inspired by a 1991 US Vogue photoshoot, Wild at Heart (photographed by Peter Linderberg and styled by Grace Coddington) that featured famous supermodels like Naomi Campbell and Cindy Crawford. In addition to that, his collection features biker detailed concepts with soft leather and sharp colours, such as silver, red, and black.

Eudon has definitely bring out the feminist value through the biker leather concept that sparks the feisty and strong women power through this collection. He makes the collection as simple as possible but implementing the strong sense of feminism in his pieces. The jackets from this collection definitely fits well for autumn and winter. Ladies who want to have comfort while having a strong feminine look should check out Eudon Choi’s River Island collection. The price range of this collection is from £30 – £ 250. These can be purchase online or from the selected River Island stores in the UK.

His overall collection definitely allows him to create womenswear that have modern cut with some touches of feminism. Even though he used to be a menswear designer in Seoul, he improved his fashion designing skills and has the capabilities in creating womenswear that are simple yet elegant and powerful. He doesn’t make his collections too extravagant while ensuring the tailoring style with bold colours and patterns complimented each other on every single clothing piece. There is definitely a balance between bringing the essence of Korean aspects, such as inspirations from Princess Deokhye, and contemporary tailoring design. He will continue to produce upcoming fashion collections that presents modern femininity and the beauty of Korean fashion and culture.