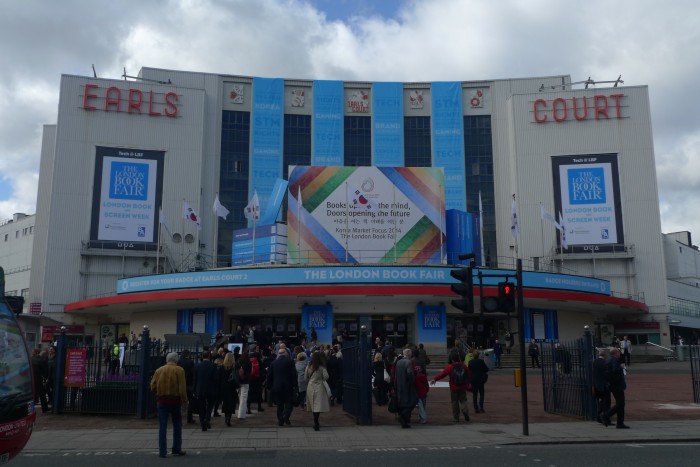 The Korea Market Focus London Book Fair 2014 is one of the events that has been keeping me busy in April. Three days in a row being on the move from one place to another at the Earl’s Court London. A start of a race with ranges of talks by Korean literature industries and authors. Then, I was at the Korean Culture Centre UK to hear Yoon Tae Ho who talked about webtoons and his works like “Moss” and “Incomplete Life”. I ended my race at the Asia House where Krys Lee (“Drifting House”) and Kyung-Sook Shin (“Please Look After Mother” and “I’ll Be Right There”) shared their thoughts in ‘Separations’. 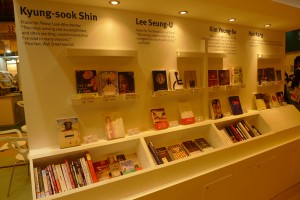 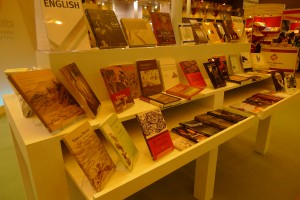 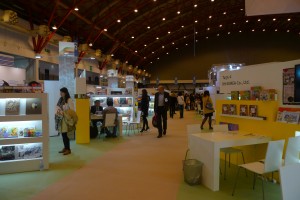 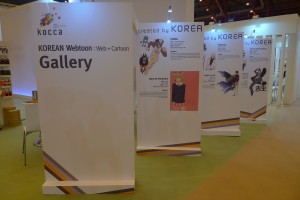 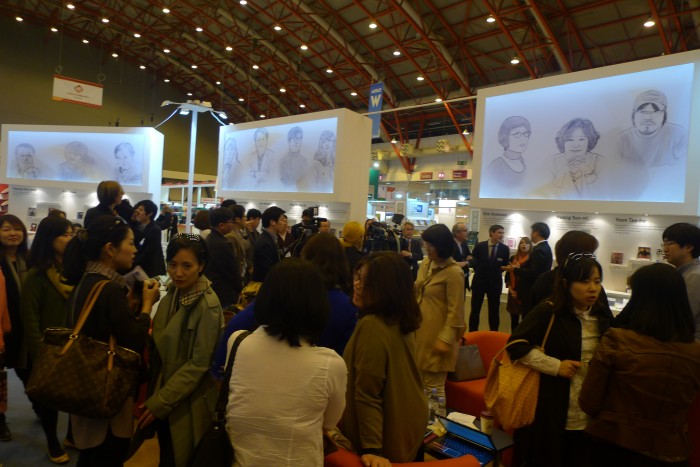 Sketches of ten Korean authors next to Korea Pavilion

From time to time, I will be posting up articles of “Korean Literature Talks” series which are about the talks that I have been to during this event. 13 talks, that I have attended, in total. The talks are based on different themes of Korean literature including conversations with ten Korean authors. Keep on a look out for these articles.

I end this article with the thought of the day by TFL that is posted on the last day of the event. “Books give a soul to the universe, wings to the mind, flight to the imagination and life to everything.” So, Korean literature is an eye-opener to old and new readers including those who are interested in Korean culture. Again, look out for my “Korean Literature Talks” series as I post each article on a regular basis.