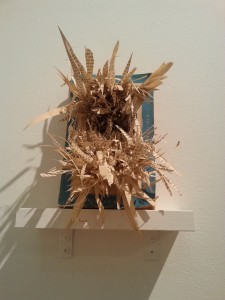 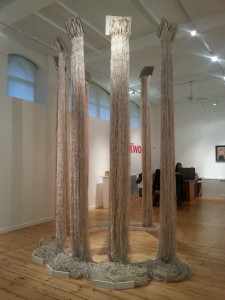 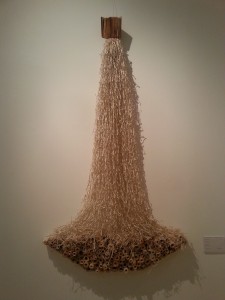 Jukhee Kwon studied Fine Art at Chung Ang University, Seoul and, then gained an MA on Book Art after studying at Camberwell College of Arts, London. She has exhibited her works internationally in both solo and group exhibitions. Besides London and Seoul, her works were also shown in Abu Dhabi, Paris, and Brussels. Her main purpose and concept of her works is reviving the abandoned old books come to live with flow of expressions and emotions. 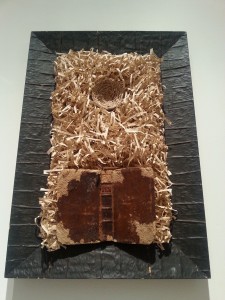 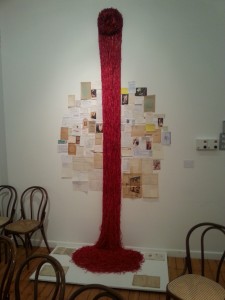 She starts of with collecting the abandoned and worn out books. For each page of the book, she cuts vertically line by line of words and, then, cuts horizontally. After cutting them into shreds of paper, she attached them into longer shreds. The secret is yet to be known as she didn’t attach these shreds with tape or glue.  I couldn’t find the ends of shreds which are tied into small knots. So, for now, I couldn’t figure out how these shreds are linked together into long ones. For one book, it the length her work is approximately 9m or more. It depends on the number of pages in the book. 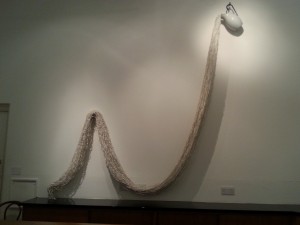 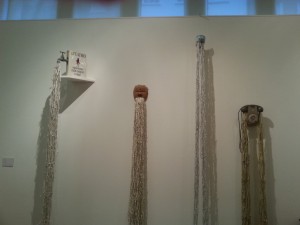 She noted that “each book has individual personality and it has narrative and history like a human being”. Thus, she created these books into structural sculptures. With her unique cutting and slicing techniques, these books may look as if these were destroyed but she recreates them in different forms with flow of words and emotions like waterfall. At the same time, these flows are based on gravity, energy, and impact. Also, she used her own imagination and experiences in recreate the books that has its own stories, experiences, and histories. This is shown through the flow and movement of words, sentences, and memories that is formed in different captivated objects. 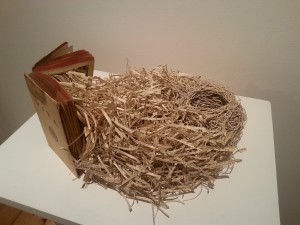 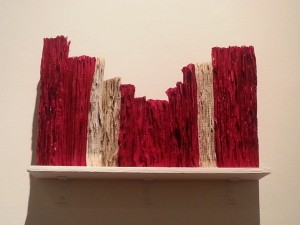 In her works, she relieves the past of these books such as how these books were attached to their previous owners, texture of its pages, or how did these books gone from new to being old and worn out. For every single abandoned book that she had collected, she used different ways in making each book into different forms while linking them within its context and quality while paralleling with her skills and imagination. She looked in the journey of the books and share these stories to the visitors. As stated before, she revives the abandoned books, which have emotional attachment of stories, into metaphorical meaningful sculptures.

The exhibition will continue at the October Gallery till 1 February 2014. The October Gallery is at 24 Old Gloucester Street, Bloomsbury, London WC1N 3AL, UK. The nearest tube station is Russell Square Station. To explore more about her current and previous works which she had made and presented in various exhibitions, you can visit her website.