The Korea Market Focus will be featuring the contemporary Korean literature at the London Book Fair 2014 which will be held on 8 – 10 April 2014. Both the British Council and The Literature Translation Institute of Korea (LTI Korea) has announced the Korea Market Focus cultural programme which gives the UK visitors and publishers the opportunity to know more about the Korean literature. Also, the Korean writers and publishers will get to know about the UK publishing and literature market. It is an exchange of knowledge and capabilities in understanding the opportunities and challenges within these sectors, on both local and global concepts, among writers and publishers from the UK and Korea.

The cultural programme, curated by the British Council, involves ten writers from Korea who explores various themes such as the role of family, literary imagination, the ongoing changes in Korean society, digital innovation in literature, and Korean literary traditions. The participating writers are: 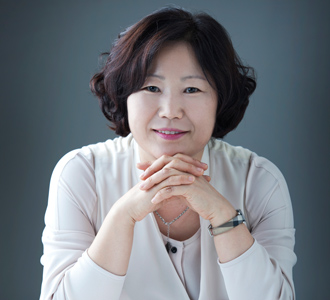 Hwang Sun-Mi is the London Book Fair’s Market Focus ‘Author of the Day’ on 9 April, Wednesday. She will be at the book fair to participate in seminars, talks, and book signing. You will also get to have photo opportunities with her, too.

Also, public events and readings will be taking place at venues throughout London and the UK. There will be a mini film festival, relating to the Korean literature, at the Korean Cultural Centre UK. Other events will be held at the Free Word, British Library, The Poetry Library, Asia House and London Review Bookshop in London. These events will also be held at the Cambridge Literary Festival, Edinburgh City Libraries, and Wales Literature Exchange at other parts of the UK.

The schedule has not been confirmed yet. It will be updated soon once it is announced on the early February. So, keep on a look out for that. This event is an eye-opener into finding more about the contemporary Korean literature in writing and publishing. An event that you don’t want to miss out in April.