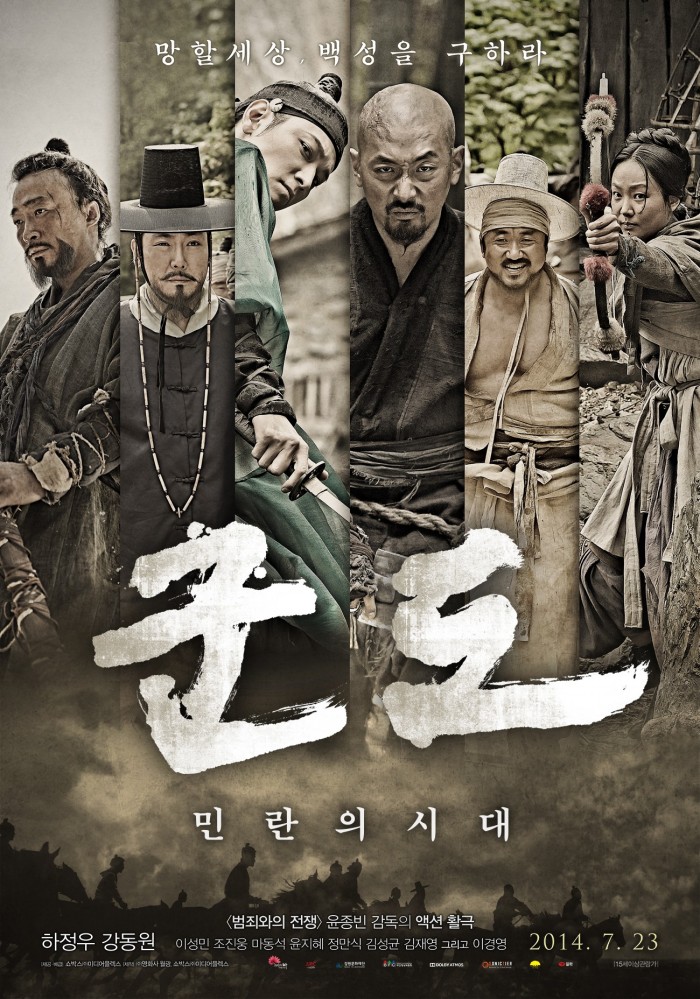 Set in the 19th cetury, Jo Yoon (Gang Dong Won), an illegitimate son of a nobleman and a gisaeng, taken into his father’s home at the age of 10 because his father and stepmother failed to have a son. After his stepmother successfully give birth to their first legitimate son, Jo Yoon doesn’t have any attention from his father. As he grows older, after his stepbrother is killed by the bandits, he grabs the opportunity to be the next heir of the family. In addition to that, he has to kill his stepbrother’s pregnant wife. He also decides to use his talented sword skills and evil schemes to plunder the poor to gain vast amount of fortune.

On the other hand, Dol Moo-Chi (Ha Jung Woo) works as a lowly butcher who lives with his mother and sister. One day, he is taken into Jo Yoon’s house and assigned to assassinate Jo Yoon’s sister-in-law. However, he couldn’t kill her in the end. Due to his failure, he and his family are attacked by Jo Yoon’s henchmen. As soon as Dol Moo-Chi is about to be killed, a group of bandits, known as Kundo, come to the rescue. Dol Moo-Chi is taken in as the member of Kundo and seeks revenge to kill Jo Yoon while saving the poor from being threatened by his evil schemes and power.

I couldn’t help but laugh while watching this film especially both the start and end of it. It reminds you of the Western style Robin Hood: the group of bandits steel the rich and give to the poor concept. The film starts of the characters’ introduction with cool Western cowboy-like effects such as zooming in the characters’ facial expressions to riding away to the sunsets while the Western cowboy music plays in the background. Although its concept is not original, it brings up to the good old classic Western film that we watched back in the days with a little bit of twist which is set in the Joseon era. There are three acts in the film but the start of it is quite lengthy especially in Act 2. Still, Act 3, including the climax, has so much excitement including Dol Moo Chi and his gang going up against evil Jo Yoon. 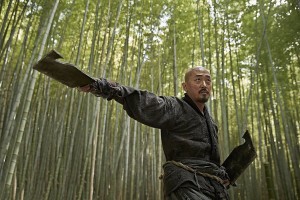 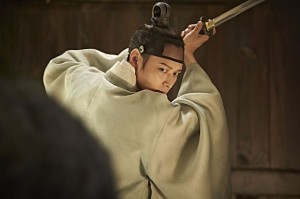 I am impressed with the casts’ character portrayals which blew my mind away. Ha Jung Woo acted well in portraying Dol Moo Chi in different situations (from a loser to a hero). While pulling off the dialect and attitude of Dol Moo Chi, Ha Jung Woo bring so much laughter and excitement to the audiences. Gang Dong Won caught my attention a lot while watching the film. His eyes, facial expressions, and the way he says bring so much chills in skin. He does well in portraying the evil Jo Yoon who makes you want to hate him but you also feel sorry for him. Having Jo Yoon’s back story doesn’t leave the viewers in confusion followed by knowing him even more. Other supporting characters make you smile with their own unique personality while having the same goal: saving the poor from the rich. 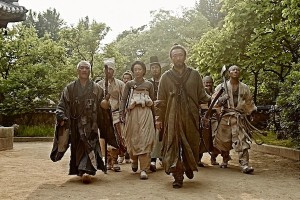 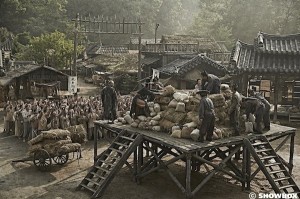 The bandits of Mt. Jiri  come to the rescue in saving the poor from the rich which is a bit similar to Western style Robin Hood

The best part of the film is the action scenes. Most of my favourite scenes are the sword fighting between Dol Moo Chi and Jo Yoon. With swift cinematography in different angles on the characters in different scenes, viewers wouldn’t want to miss the actions in Kundo with some laughs. The climax of the film grab my attention as Jo Yoon has become mental in fighting with Dol Moo Chi and his comrades at the mountains and bamboo forest. Particularly, the focus on their amazing sword-fighting skills used within these settings were sharp yet smooth with motions that amplifies the whole scenario with excitement. You couldn’t help but be impressed with how intense in the fiery battle between the both of them. 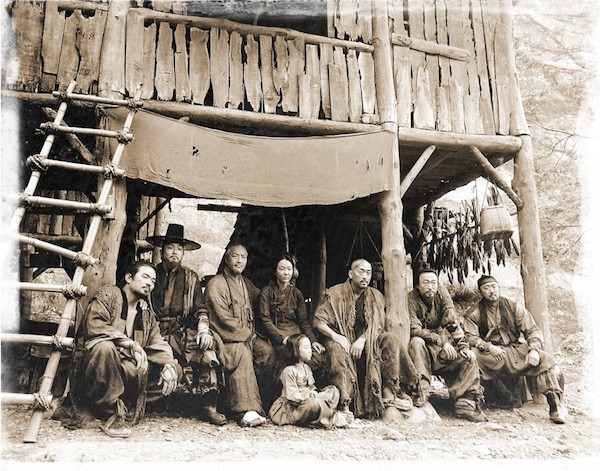 The three acts are quite lengthy with a few cheesy Western cowboy concept. However, the characters, comedic scenes, and action scenes come to the rescue together with great cinematography and costumes. There are some laughs and excitement in certain parts of the film. The casts, especially Ha Jung Woo and Gang Dong Won, act their part with impressive personalisation of characters. ‘Kundo: Age of the Rampant’ has a blend of traditional Joseon era and ‘Western Robin Hood and his merry men saving the day’ concepts that leave the viewers who are going to have mixed reactions about the film from start to finish.