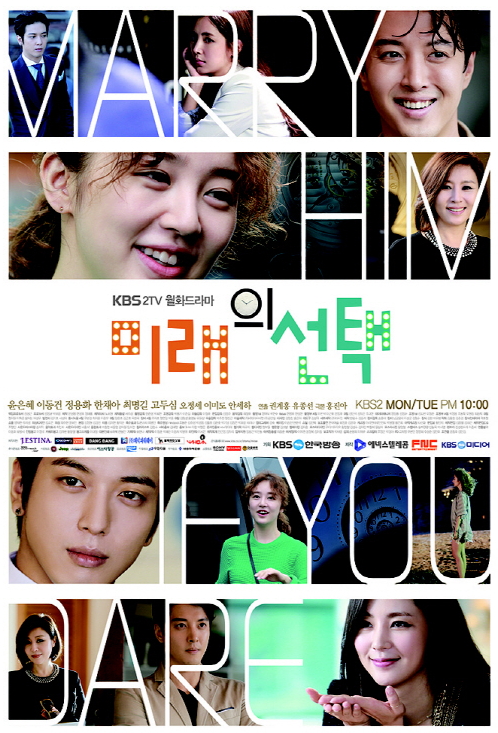 The future Mi Rae (Choi Myung Gil) goes back to the past and warns the past Mi Rae (Yoon Eun Hye) about the future. Mi Rae decides to quit her old job, a caller receptionist, and work as a writer for the broadcasting company. Meanwhile, while pursuing and realising her own dream, she gets herself in a love triangle between Kim Shin (Lee Dong Gun), the serious and arrogant MC, and Park Se Joo (Jung Yong Hwa), the future CEO of broadcasting company who disguises himself as a VJ.  Marry Him If You Dare also depicts the people work in the broadcasting station from getting the ideas to recording to writing scripts to broadcasting the program live. At the same time, it shows their passion for work and people in sharing news to the viewers.

The characters left me with good impressions based on their own individual persona and associating with each other. Mi Rae does her upmost best in pursuing her own dreams and happiness in becoming a broadcasting writer while she questions about whether to share her love with Kim Shin or Se Joo. It was enjoyable to watch the love triangle between the three of them. This brings to the point on which couple should they root for till the very end. At the same time, both Kim Shin and Se Joo are doing what they can not to hurt Se Joo. You have Kim Shin who can’t really show his true feelings while Se Joo builds up his courage in confessing his love for Mi Rae. Two different guys with different personalities but, certainly, a great love battle to watch. Other supporting characters, like future Mi Rae and Mi Rae’s brother, are stepping stones for Mi Rae while they struggle and help each other along the way. 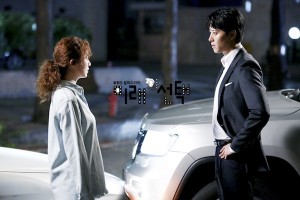 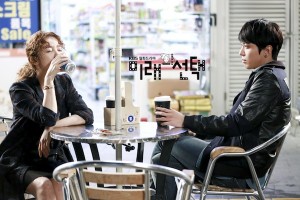 Which couple do you root for? Mi Rae and Kim Shin? Or Mi Rae and Se Joo?

Also, I like the idea how the writers take on the TV broadcasting station as a platform on building up the characters on how they run their own television programs. It may be clear and brief on getting and broadcasting their idea/content to the public but it was interesting to watch. The staffs do what it takes in bringing awesome content that could increase the viewers’ ratings. The scenes which I really enjoyed is the train bombing incident and fake alcohol making scene. At the same time, humour and sadness draws my attention into knowing how they balance their own personal problems and work at the same time especially when they work together as a team. Mi Rae and her colleagues take the courage and dedication in letting the audiences know what is currently happening even if it is dangerous for Mi Rae to be in disguise while filming the making of fake alcohol secretly at a bar/club.

Its storyline has a right balance between the work in broadcasting station and the romance between characters. There was a shift between but, also, I like how certain elements are slotted into the scenarios which come into harmony. For example, when the future Mi Rae said that the train bombing will happen, this incident really happened and lead the broadcasting team including Mi Rae and Kim Shin to go record live. There is a clash between work and romance which adds a lot of flavour into these drama. It’s gripping yet addictive to see who Mi Rae is going to be with. The ending, especially the last two episodes, was not really strong but it leads the audiences to think who is Mi Rae’s future husband. There is one cliche that totally messed up the relationship between Mi Rae and Kim Shin. It even caused the whole push and pull relationship while not hurting each other. Still, everyone has their own happy ending as they have achieved their own dreams.

Marry Him If You Dare has awesome casts who played their part well while building up the chemistry among each other. This lead in great character development and dialogues which are engaging. There are plenty of humour and sadness that make me feel engaged with the characters. It is a good idea that having TV broadcasting station as a concept that presents both storyline and character development nicely. This concept gives a broad idea of how the TV broadcasting stations work. Although the ending is a bit disappointing, its storyline has plenty of elements and scenarios go well together. Once you watch this drama, you will not miss anything out including the love triangle and you might tell your friends what are the scenes that you enjoyed watching the most.