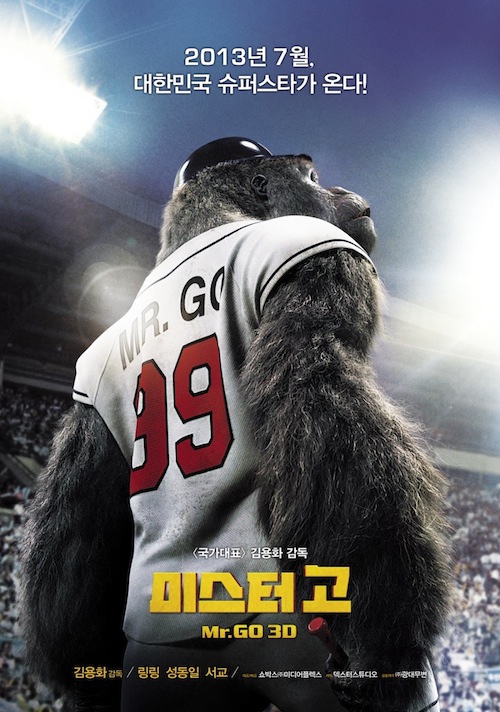 Wei Wei (Jiao Xu) and Ling Ling, the gorilla has been close like family since she was a baby. Through Wei Wei’s grandfather passion on baseball, both Wei Wei and Ling Ling practiced to play baseball. After her grandfather passed away, she is in charge of the circus troupe but she has to settle the debt which he left behind. The loan sharks keep coming to ask Wei Wei to pay back the debt or else she will face the consequences. One day, a baseball agent from South Korea, Sung Choong Su (Sung Dong Il), hears about Ling Ling’s baseball capabilities and decides to sign Ling Ling to the Korean baseball league. Wei Wei and Ling Ling go to South Korea while believing that she will be able to pay off the debt. Ling Ling becomes a baseball superstar. Later, they encounter a rival team who had scouted a dangerous mountain gorilla, Letting. Mr. Go is based on the comic 7th Baseball Club by Heo Young Man. The film is a joint production between South Korea and China. It is also the first 3D film to be made and produced by Dexter Digital.

At first, I was a little bit worried of how the CGI (computer graphics imagery) would worked out since the technology is widely used, rather than using real gorillas, in the filmmaking process. However, Mr. Go has change my thoughts about this film. I can see that the team has put in a lot of effort and passion in using technology to create Ling Ling, known as Mr. Go, and Letting. Also, they also make sure how the characters are put into place at certain location settings. It is a lengthy process of making Mr. Go worked out as they have to shoot the scenes including utilizing the green screen frequently. Yet, the balance between technology and filmmaking didn’t go out of place. There are some details on the gorillas while noticing who is Ling Ling and who is Letting (such as the colour and texture of their fur). The team has done a lot in post-production as they combine both settings, characters, and gorillas together into scenes that left the audiences in amazement. It was a great CGI film to watch but, in my opinion, there is still some bits of improvement need to be taken when it comes to using CGI which could create contents of film to be more engaging. 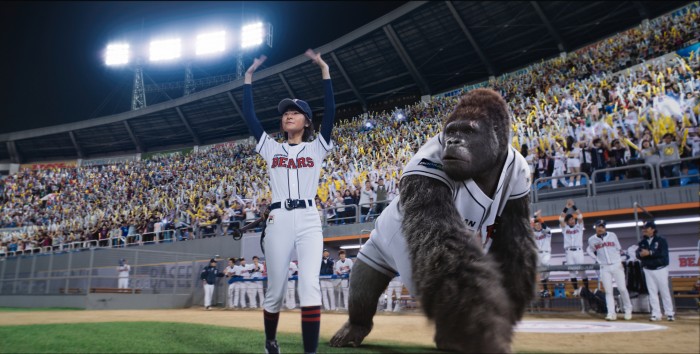 Besides the technological side, its content is made with emotional attachment by focusing on both the family/ friend relationship between humans and gorillas. Both Jiao Xu and Sung Dong Il give both laughter and sadness while communicating with the computer-generated Ling Ling. Still, this leads the audiences to put themselves in their shoes when it comes to have bonding relationship with animals. Ling Ling is a lovely and strong-hearted gorilla that we adore. There were certain scenes, which has Ling Ling in them, that I really enjoyed. Sung Choong Su and Ling Ling, who are having drinks, made me laughed so much because of how Choong Su is drunk talking with Ling Ling including tricking into eating kimchi. Wei Wei and Ling Ling intimate family relationship touches my heart and makes me tear a little bit. These bondings between human and animals, like Ling Ling, are one of the most emotional engaging film content that I have ever watched so far. I was attached in watching the whole film that its storyline and characters build up with captivating details. 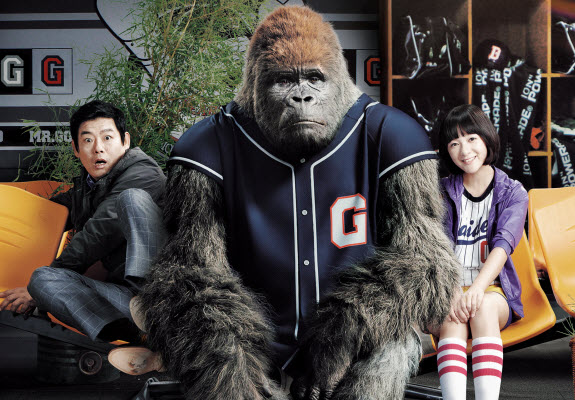 Like I said before, Mr. Go has a good balance of technology and “engaging and emotional” story content that draws the audience attention to it. The film production team has done their very best in creating a form of art, with passion and commitment, through technology. Jiao Xu and Sung Don Il have brought lots of laughter and tears through their relationship with Ling Ling. I love Ling Ling who has a big heart and is a friend that I wished that I could hang out with. Even though there were a few glitches that can be seen, in terms of CGI, but it was still an enjoyable film to watch. It is certainly a great start in producing 3D films. The film industries who used technology, like Dexter Digital, will improved better in the near future. I don’t mind watching Mr. Go again because of its content, including CGI, and, of course, watching Ling Ling doing what he does best. It’s definitely a home run for Mr. Go.