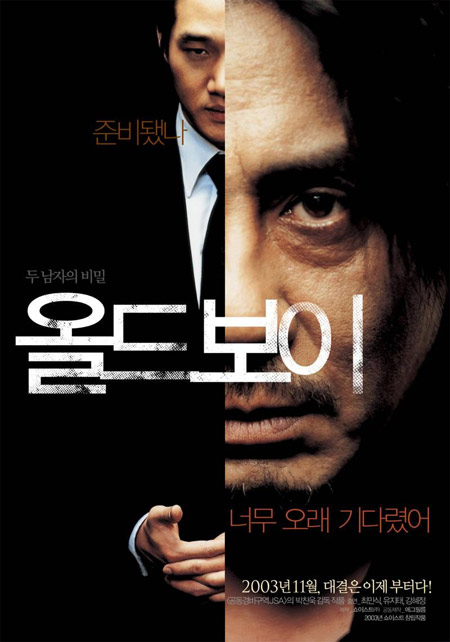 When talking about South Korean films, most of the audiences will ask whether you have watched or heard about Old Boy or not. Old Boy was the very first film that breaks into the Western market, especially the US and UK market. There are reasons why Old Boy is still popular up until the present days. Old Boy is originally from a Japanese manga which Director Park had found. Then, he decided to lift up that narrative in artistic style for the film.

Oh Dae Su (Choi Min Sik) is kidnapped and locked up in a prison for 15 years. He wonders who would want to kidnap him. While suffering in loneliness, he watches the news that his wife was murdered. He swore that once he is release in prison he will seek revenge for the person who has been ruining his life. After fifteen years, Dae Su is released with a cellphone and a walled with lots of money. One day, the anonymous man calls him Dae Su. He asks this person who he is and why he was imprisoned. He meets a girl named Mido who helps him to seek revenge after hearing his story. Both of them look for answers while mysteries and stories start to surfaced.

Old Boy is one of the films that have to think a lot. This means that I was totally focused and deep thoughts while exploring every aspects of this film. Within the 15 years, you will notice that there are historical events, which are shown through the television, can be identified such as the arrest of former president Chun Doo Hwan, Princess Diana passed away, the 9/11 incident, World Cup in South Korea, President Roh Moo Hyun being elected, and many more. These brief events were visually shown to give the audiences some insight what actually happened in the early 2000s.

Next, this film mostly focuses on the main character, Oh Dae Su. Oh Dae Su’s character is explored is various different situations. In the prison, Dae Su is psychologically disturbed as he has been tortured in a tight space that he can’t see and experience the outside world. Such cases like eating the same dumplings, watching television, and getting crazy illusions made him gone wild. In the end, he decided to severely trained himself and plan his strategy to seek revenge on the mysterious culprit. Next, once he’s out, he encounters in various positions during the process of seeking revenge: (1) the man who seeks revenge, (2) a lover to Mido who is way younger than him, and (3) found out the ‘real’ truth about the Mido. Choi Min Sik builds up the character, Oh Dae Su, perfectly. Although Oh Dae Su’s character is slightly disturbing, I felt sorry for the character who feels the meaning of pain and violence. At the same time, Oh Dae Su craves for the sense of love and escape from loneliness. Choi Min Sik has the capability to portray Oh Dae Su who has multiple personalities that relate to the situations. 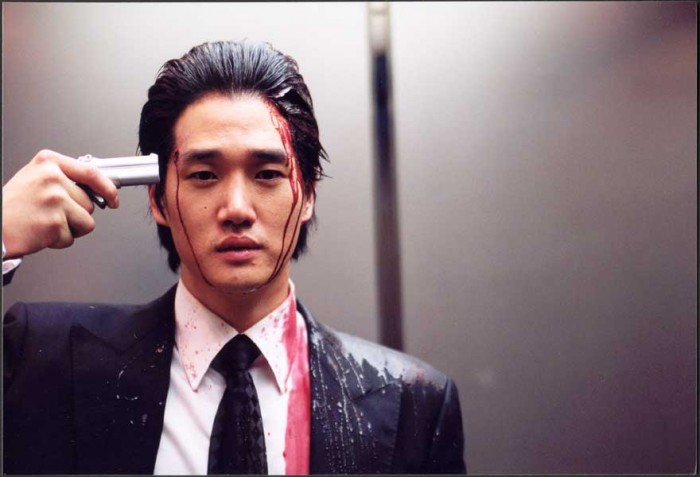 As I said before, I was really in deep thoughts while watching Old Boy because the storyline slowly develops until I found out the ‘truth’. I am sure most of you know what the ‘truth’ is. I enjoyed the time where I want to find out what is the culprit’s intentions on locking Dae Su up and letting him go after 15 years. Then, the culprit plans out how Dae Su should be set once he’s released. It is like the chess player (culprit) is controlling the chess pieces (Dae Su and Mido). At the same time, there are certain thriller killing scenes that made me cringe but good such as Dae Su is going to cut his own tongue while begging the culprit for mercy. Also, since the opening credit of the film, I knew that Director Park has the capability in utilizing cinematography in a dark and emotional tone for characters and settings. He manages to artistically connect the scenes at slow pace but deeply made the audiences attached to the storyline including using various camera shots. Thus, Director Park is well-known for implementing the cinematography, storyline, and characters well in South Korean films. At the same time, he discussed with Choi Min Sik on how Oh Dae Su should be psychologically and physically crazy who just trying his best to ‘get out of his shell’.

What is the ‘truth’ behind making Oh Dae Su’s life hectic?

After watching Old Boy, I understand why this film has been very popular among not only the Korean audiences, but also the Western audiences. It is a start for in knowing about Korean cinema as some people might want to watch even more Korean films. Old Boy not only has great artistic filmmaking but also has mysterious storyline that we have to slowly understand until we found out the point that shocks our minds. Choi Min Sik really has a sense of connection with Oh Dae Su in terms of how a person deals with the various feelings on happiness and violence. Even though it is physically and psychologically exhausting, he is willing to take on the challenges in portraying Oh Dae Su whom the audiences could feel his pains and satisfactions. He has great passion about the choice of his character and storyline. Overall, Old Boy has in-depth, mind-blowing, and artistic quality of content that will make you do the following action after watching a film: you will sit for a moment and think. It could be either ‘WOW’ or ‘Oh my God’. Yet, it is a good thing and you might be speechless for a while. So, for those who have not watched Old Boy, you better go watch this film as soon as possible. 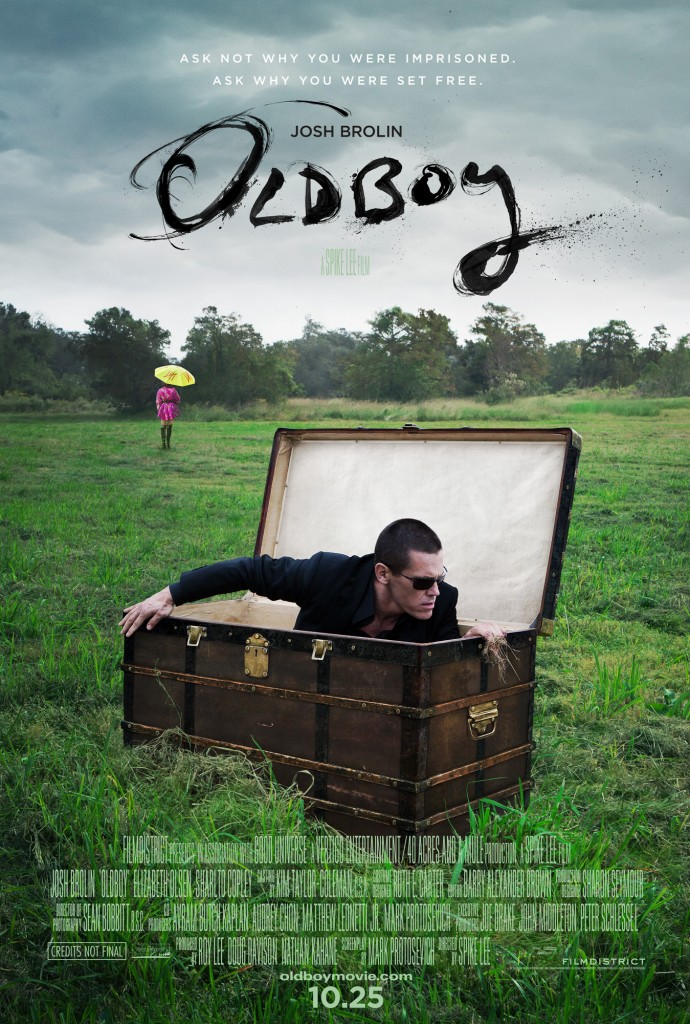 The remake of Old Boy, directed by Spike Lee

As the remake of Old Boy, directed by Spike Lee, is coming soon, lots of South Korean film cinephiles and film critics, including myself, are being sceptical about how this film is going to be. Normally, remake films do not come quite well and do not have great quality as the original films. From what I heard, Spike Lee is a well-known director. However, will he be able to keep the storyline similar as the Korean version of Old Boy. As for the trailer of the Old Boy remake, that was a total spoiler. If you haven’t seen the trailer, don’t watch it because that trailer reveals lots of spoilers from the film. Then again, we just have to wait and see about the remake. It is up to us, audiences, to see whether we give the film a ‘yes’ or a ‘no’.