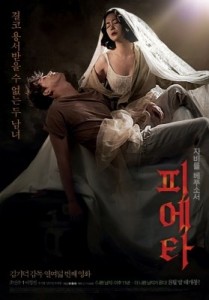 Kang Do (Lee Jung Jin) goes around the neighbourhood to collect loans from customers. He will force the customers to hurt their own bodies if they cannot pay high interests payments. One day, a woman (Jo Min Su) appears before him. She kneels down and begs for his forgiveness. She tells him that she is the mother who gave him away for adoption right after he was born. The man denies the truth and ignores the woman but she keeps on going after him until he opens his heart to her. Both of them spend quality times together until troubles arise because of the man’s bad deeds.

Director Kim produced Pieta that is emotionally and psychologically playing around with my mind and heart. Pieta focuses on the sufferings of the characters due to money and society. As such, Director Kim addresses and criticizes the societal issues that the people are facing. He took the case of borrowing money from loan sharks as the situations that, still, currently faced in the society. People are still struggling to have better lives. There are clashes among classes and money that inflicted their lives that fill with anger and suffering. Thus, money doesn’t make everyone lives better unless used wisely.

Specifically, Pieta focuses on Kang Do and his mother’s happiness and suffering. Kang Do gives and receives suffering within his surroundings. Due to his harsh pasts, he becomes a person who doesn’t have a heart for the customers who are having a hard time. Slowly, thanks to his mother love and care, he realizes that he had done as he encounters certain situations. One customer commits suicide, another volunteer to make himself cripple in order to have enough money to pay the hospital fees for his new-born child, the other go after Kang Do to seek revenge. The customers, whom Kang Do had hurt them in pain, have mentally slaps him on the face while searching for his mother. 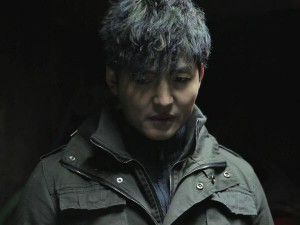 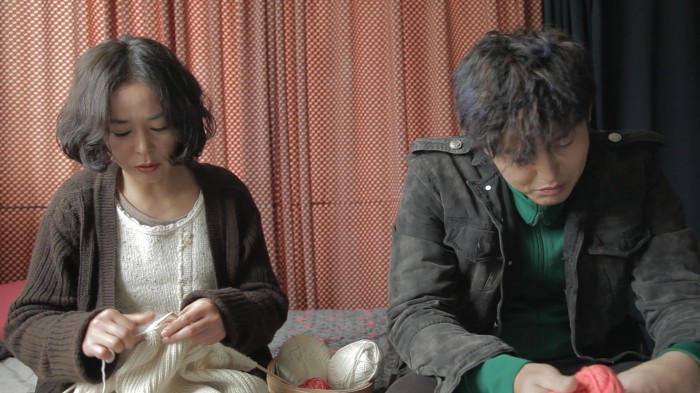 Also, Kang Do gets even more suffering from his mother. At first, he is happy to finally be together with his mother and insists that he will never let go of her. When her mother was kidnapped, he wholeheartedly looks for her because he doesn’t want to go through losing his mother again. Later on, the shocking scenario has, metaphorically, pierced Kang Do’s heart that is so painful that he cries in anger. On the other hand, his mother tries her very best to make up for what she had done. Although she gains sufferings from Kang Do, such as slapping and raping, she wants to cure his heart and vanquish the devil within him. Yet, in her heart, she has also been through the downs because of her pasts and the recent happening. 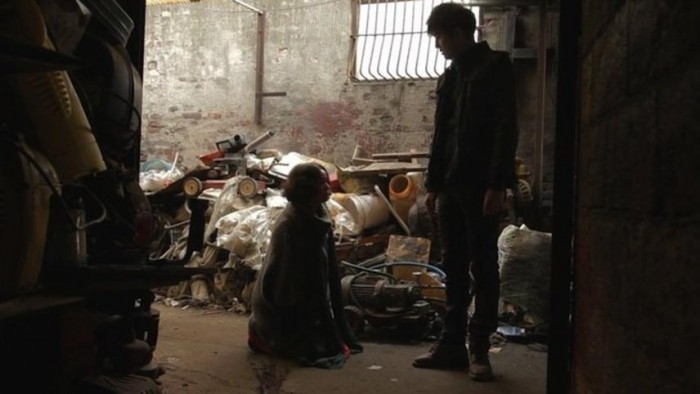 Director Kim didn’t show a lot of brutal violence through the camera but focusing more on the emotional characters that took the audiences in a rollercoaster ride, mentally and emotionally. Pieta revolves around how one person suffers within his/her surroundings that causes the person to beat their painful chest continuously. This film is an eye-opener since Director Kim criticizes the current issues that the society faced especially when it comes to money. As for focusing on Kang Do’s suffering, it is an intensive run on exploring his world that at times I covered my mouth, in shock, to see what he has gone through especially his bonding times with his mother. Director Kim is willing to take on the challenges in addressing social issues through his films artistically while having emotional characters that have in-depth layers with sharp and strong edges.