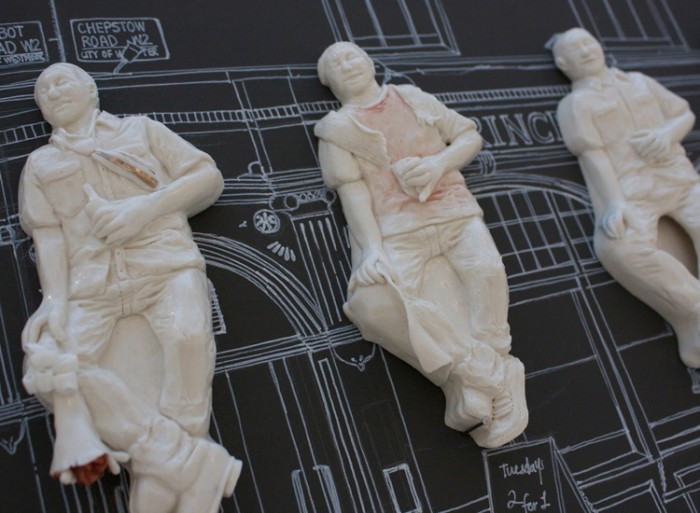 From Cradle to the Grave (Source: MokSpace)

Sun Ae Kim studied about ceramics at Hongik University followed by looking into the 18th century English and European ceramics at Royal College of Arts in London. Currently, she is studying a practice-based MPhil in Ceramics and Glass Art at the same art school. She gave lectures about ceramics at Camden Arts Centre. Between 2010 and 2011, she held residencies at the British Ceramics Biennial and at the University for the Creative Arts in Farnham. 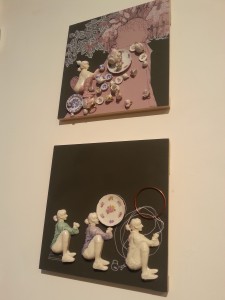 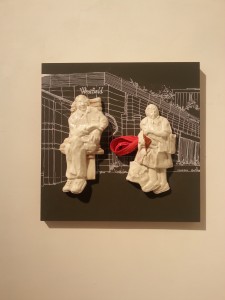 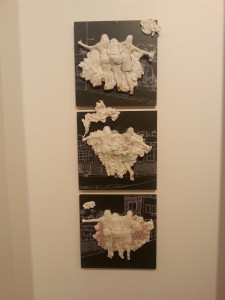 She also collaborated with Alexander McQueen for Paris Fashion Week 2011/2012 by mosaicking thousands of pieces of bone china to make jackets, corsets and shoes. In 2010, she is the co-founder of Studio Manifold that features a collective of artworks by students and graduates of Royal College of Art. Her exhibitions were featured in the UK and other countries like Los Angeles (Orange County Centre for Contemporary Art) and Paris (Palais de Tokyo and Musée d’Art moderne de la Ville de Paris). 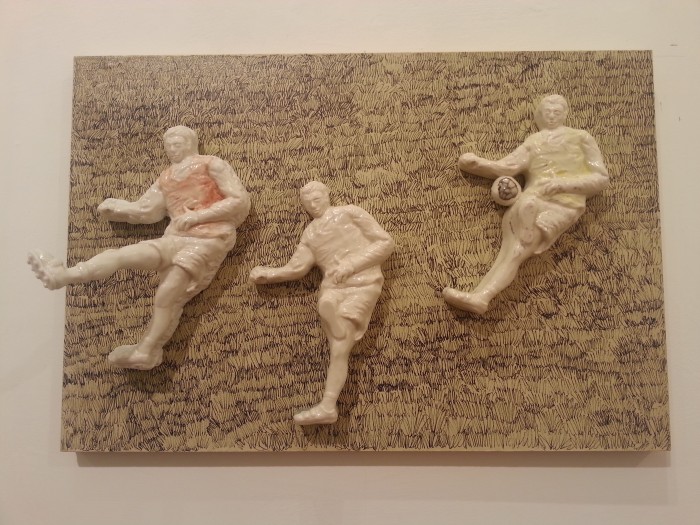 Pardon me? There is a football match tonight

Her works are presented by telling contemporary narratives through ceramics while being inspired by 18th century English and European ceramics. Her solo exhibition, Quotidian, is held at Mokspace, London. It is based on her encounters while she was in London. She created the ceramics before placing them on the canvas which are drawn with thin-line marker pens. Then, she placed these ceramics on the nails which are nailed on the canvas. What fascinates me the most is how she puts a lot of effort on creating the ceramics. She painted and placing small bits of ceramic motifs which are combine into one. Each secret design is hidden behind each ceramic which draws both viewers and buyers curiosity. 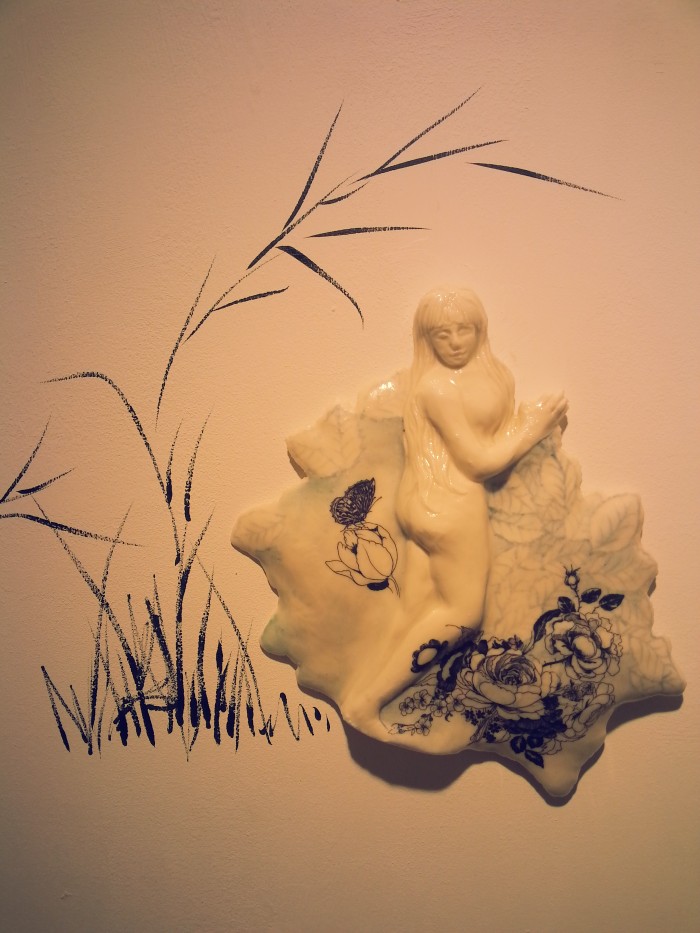 It was interesting to how Sun Ae could interpreted her contemporary encounters and experiences through ceramics. She creates every single detail of each piece of characters. She also paints them with light texture of colours while some have detailed patterns, like the leaves, in detail. These character-like ceramics, which placed in canvases that are drawn, bring out interesting stories that she wants to share. Her solo artworks has a blend of traditional and modern elements of ceramics which attract the viewers who will be amazed with details and stories.

You can find more information about the works through her website. The explanation about each piece can be found in the following link. The exhibition at Mokspace will be held until 22 March. So, drop by and see Sun Ae Kim’s impressive and detailed ceramics that tells interesting stories in London.