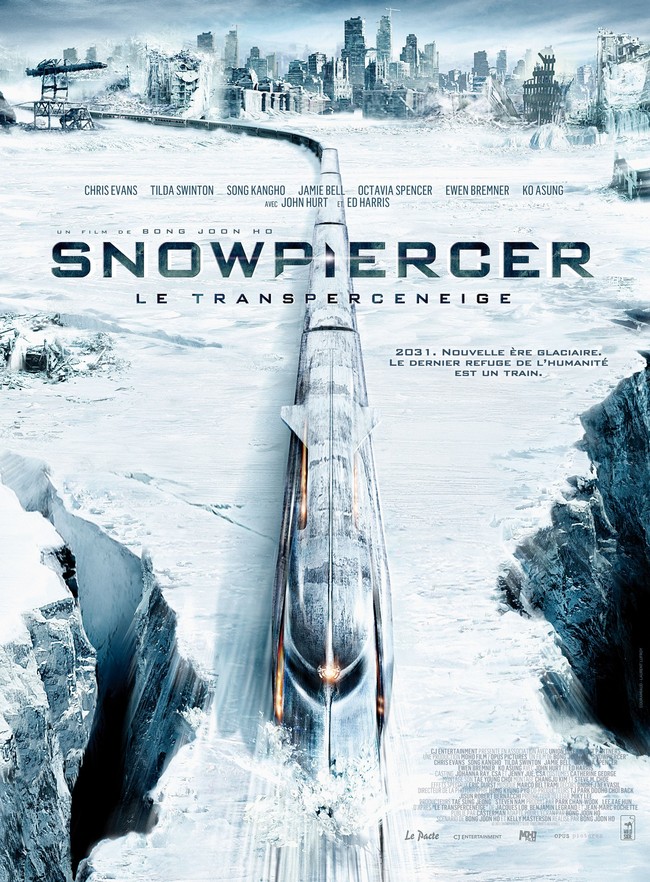 ‘Snowpiercer’ is based on a French graphic novel, ‘Le Transperceneige’, by Jacques Lob. Director Bong Joon Ho jumps on board in directing a Hollywood blockbuster film for the first time. In year 2014, the whole world is covered with cold ice after failure of combating global warning with a special chemical. Wilford builds a train called Snowpiercer that saves the citizens as citizens jump into the train as they will be living from then on. For the past 17 years, people have been living in Snowpiercer as their new ‘Earth’. Each coach are based on social classes. At the front is where the wealthy people enjoyed their lifes while at the back is where the poor suffers. The poor has to live with eating mysterious protein jelly and getting beaten up by security. Curtis (Chris Evans) take the lead freeing them by going all the way to the front of the train and take the engine room to break free from the power of high social classes. With the help of Namgoong Min-Soo (Song Kang Ho) to break the security system, Curtis and his team see another different environment in each coach with different social class.

I finally get to watch ‘Snowpiercer’ after complaining why on earth this film is not shown in the UK. It was worth the wait and patience to find my ways to watch it. Director Bong has certainly bring the French graphic novel to life with great cinematograhy and deep storyline with a few laughs in between. ‘Snowpiercer’ takes the viewers into a different world in the icy cold Earth that has different social classes. The different social classes that opens the viewers’ eyes. The plot itself gets so twisted when different social classes collided together in one place which leads into madness. Characters said out splendid lines about the world within the world concept with different people amplify the whole story. There is a mix of thoughts of whether to stay in the train as their own world or, in Min Soo’s case, want to get out of the train and return to their old world. Personally, I don’t understand why there is a need to cut down 20 minutes where these minutes meant a lot to know the whole story. I don’t see the a reason why you can’t let the viewers think and discuss about Snowpiercer. 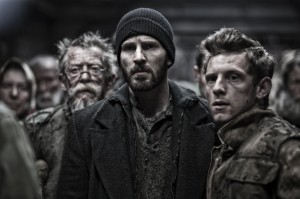 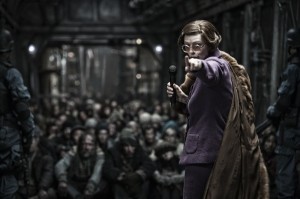 Director Bong executes the cinematography perfectly such as Snowpiercer passes through in the icy cold world that makes the world so real before our very eyes. The moving graphics as the train moves fast are clear and crisp that take the viewers to another dimension. I enjoyed how Director Bong focuses on how the camera moves along with the cameras and how the settings were set differently with different ambience. The fast-moving action scenes were too fast till I partially had no idea what’s going on. The black-out fight when the train passes through the long tunnel is one of my favourite action scenes. It has a few funny bits in it. However, my least favourite scene is where Curtis fell down after he step on the fish. I do understand why the baddies slice the fish as a threat to the group but I don’t see why there was fish that made him slip and fall in the first place. 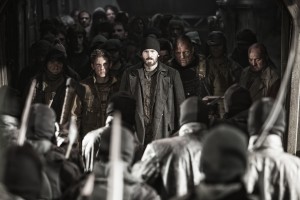 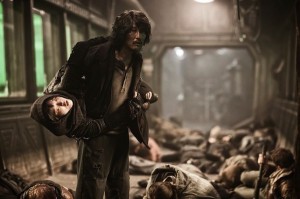 It is certainly one of the best films I had watch. It should be in the top 10 Korean films of 2013. Out of all the three Korean directors who made Hollywood blockbuster films last year (Park Chan Wook, Kim Jee Woon, and Bong Joon Ho), ‘Snowpiercer’ is the best film that I ever watch. I give applaud to both cinematography and metaphorical storyline that shakes the viewers attention with excitement. I don’t mind watching it again and again. I don’t see why ‘Snowpiercer’ has not been released yet in the UK. It’s been almost a year since ‘Snowpiercer’ has already been released not only in Korea but also in the US and in a few European countries. If you have the chance, grab a copy of this film and watch it.

Note: Good news to those who are staying in London. ‘Snowpiercer’ will be shown at the Roman Road Winter Festival on 5 December (7pm) at Mono London, 535 Roman Road. For more details, visit the EasternKicks Facebook Page.