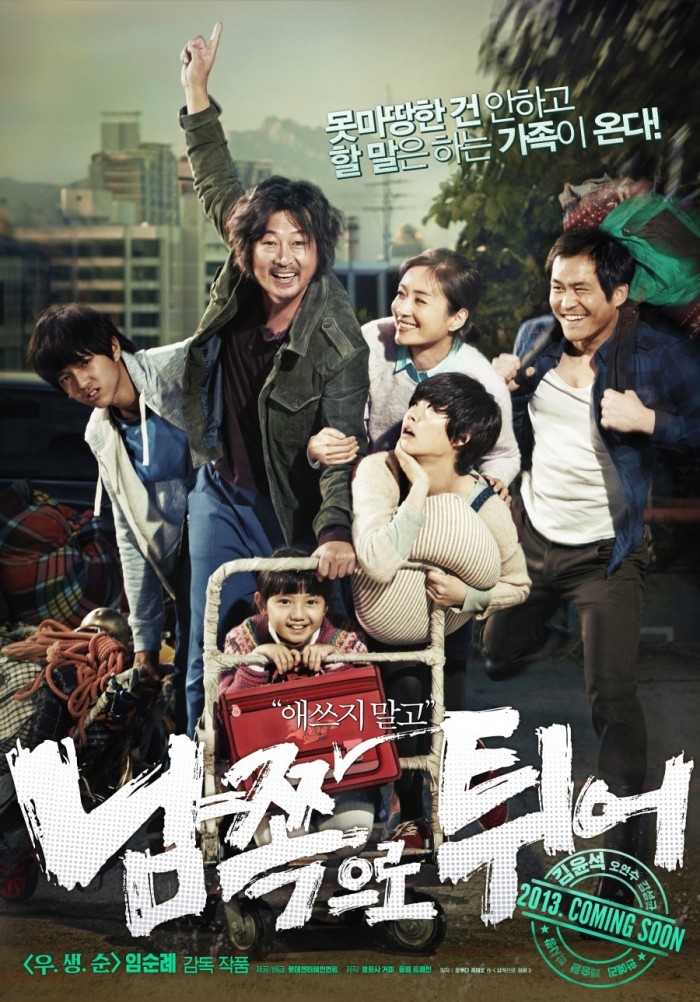 Choi Hae Kab (Kim Yun Seok), a middle-aged father, since his student activist days till now, he continues to go against the government’s power such as not paying the tax, not accepting insurance, and other related matter. As a film director, he make documentaries that explains the dark side of South Korean society. Meanwhile, he is monitored by two agents who work for the Public Security Bureau. One day, his old friend, Man Deok (Kim Sung Kyun) comes to his house and tells him the bad news. Deul Island is where they spend their childhood memories. However, their hometown is going to be taken over by Congressman Kim Ha Soo (Lee Do Kyeong) as he wants to turn this island into a resort. Thus, he brings his wife, An Bong Hee (Oh Yeon Su) and his children to Deul Island to save their home from being destroyed by the government’s power.

There are 2 halves in this film. The first half is when the family are currently in Seoul. The second half is when they moved to Deul Island to not only save the “home” but also an escape from the place where it is controlled by the higher ups including the government. The first half was not enjoyable as its storyline drags on and going around in circles that I dozed off at certain times. The main point that Choi Hae Kab is going against the government while teaching their family members of what is right even though they get themselves into trouble. For example, his son got into a fight with the bullies and his father encouraged him to fight back. Besides that, Man Deok is finding a way on his own to get Deul Island back but, again, it doesn’t get straight to the point where he tells Hae Kab the major issue. Basically, the first half doesn’t directly tell straight to the point. Instead, I felt that I was pulled along till I wonder when they are going south. 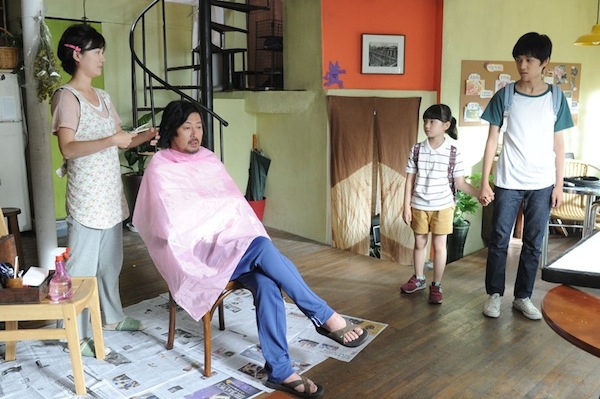 Finally, in the second half, the family move to Deul Island. Compare to the first half, the second half is more interesting. It was enjoyable to see how the family can adapt quickly in enjoying the island daily lives. Thanks to their father’s guidance. The children knows how to survive and be independent such as the son learns how to fish, her mother educating her daughter and the island kids at a school and other related activities. Hae Kab is the man who takes care of his family and home first before him. Each of the family members not only helping for themselves but also support each other. That is a one big happy family in the lovely Deul Island. The ending is simple but also excellent as this scene signifies that the “home” is found for their family to be safe and sound. 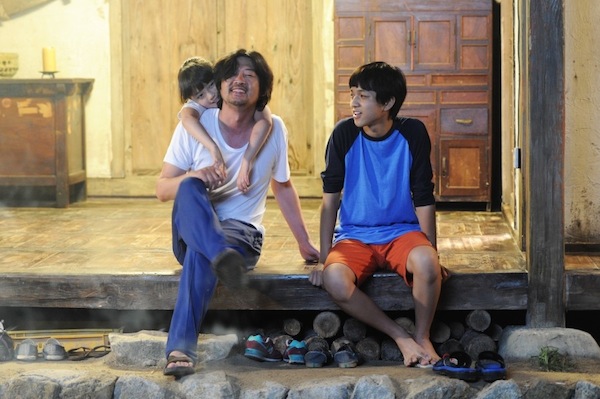 Hae Kab enjoy his time with his children at Deul Island

At the same time, Hae Kab continues to be the strong headed man in protecting Deul Island from being taken away from the government including the greedy Congressman Kim. The battle between the islanders and higher officials give a strong significant meaning that their natural homelands must be preserved and cannot be destroyed. They don’t want their land to become a commercial tourist place which satisfied the greedy businessmen and government officials who wants to earn money. Thus, the scenarios where preserving the homeland is mildly strong enough to bring out the messages of what is the meaning behind home and why home should not be destroyed and taken away. 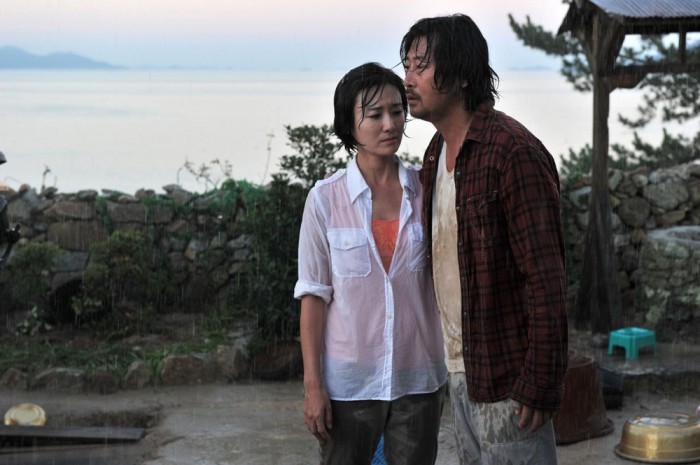 South Bound explores the arguments between islanders and government workers and officials, the family bonding, the meaning of home while looking into the simple lifestyle in Deul Island. The first half of the film has a surfaced and draggy storyline while its second half is more enjoyable to watch. The scenarios present meaning of “home” that everyone can be safe and live happily. Even though that there are a few laughs from the family and their encounters with the officials, lots of heartfelt emotions were shown in not losing their “home” where the heart, memories, and soul are. It might be a boring on the first half but later on you will be drawn to liking the second half of it.