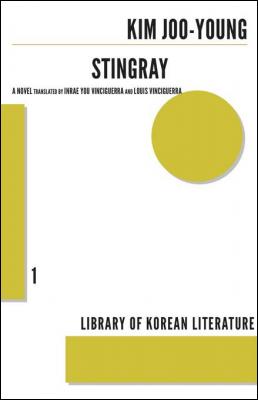 Kim Joo Young takes into a one person story about his encounters with his mother in a small farming village in the 1950s. After his father abandoned the family for another woman, Se Young and his mother has to live with the harsh environment within their surroundings. Se Young’s mother hangs the stingray by the door because she believes that his father will return. With the stingray, she believes that that man is still her husband and she is still a married woman. One day, on a cold blizzard, a beggar girl, Sam Rae sneaks into the house. The very first thing she does is eating the stingray. With that, it begins looking into the household including Se Young’s encounter with different people in the village including his own mother.

The story draws the readers into a flow of understanding Se Young’s situation while putting themselves in Se Young’s shoes. As time goes by, Se Young questions his own wonders and, sometimes, curious about his own surroundings. At the same time, plenty of monologues pop up in his head with doubts and experiences which he sees with his own eyes. Se Young has a mix of feelings toward the people that he is close to. He concerns about his step-sister who ran away; he loves and hates his own mother; he wonders whether he should accept his father’s return despite the fact that he didn’t see his face at a very young age. In each chapter, he has his own story to tell especially when he looks back into the past encounters with Sam Rae. With metaphorical thoughts and surroundings he is in, the writer focuses on Sam Rae’s emotions and actions which is steady together with its character.

On the other hand, in this short story, the writer also presents Se Young’s mother who is stubborn personality and kind heart. The mother’s story is about her ups and downs. She has the sensitive emotions, physically and mentally, towards something that she is really closed to. Such examples like Sam Rae, the baby, the stingray (represents the father), and the rooster . At first, it might be confusing when she decides to take them in to her home. When something disappears, she felt that she has lost her close family member. She wants to be in her own world and not willing to be open-minded like conversing with other villagers. Also, she half-heartedly care about her very own son, Se Young. She talks roughly to her son while her true feelings toward him doesn’t show much throughout the story. The mother has a rollercoaster of feelings but with a strong heart in taking care of things that she didn’t want to lose them forever.

Both Se Young and the mother has different encounters with people and animals in the small village. Chapter by chapter in two years and different seasons, there are perceptions, acceptance, and rejections which lead to creating their own decisions and actions with others. It made themselves wonder these are answers to the path of a better life with happiness since the father has left home. Interestingly, the writer puts each sub-character in each chapter that reveals the two main characters’ true colours. The supporting elements make their stories come to life with bits of twists and turns of their everyday lives in the small village.

Each chapter in the short story tells a story about Se Young and mother’s live with encounters of different supporting characters and setting. Although the characters emotions are quite complicated, the readers can see that they are struggling to have happiness in life in their own world within the small village. A mild but sentimental short story to enjoy while Se Young shares his story about his life in the village and his world with his mother.