Sungfeel Yun: Arts and Science in “Chaos, Cosmos, and Circulation” 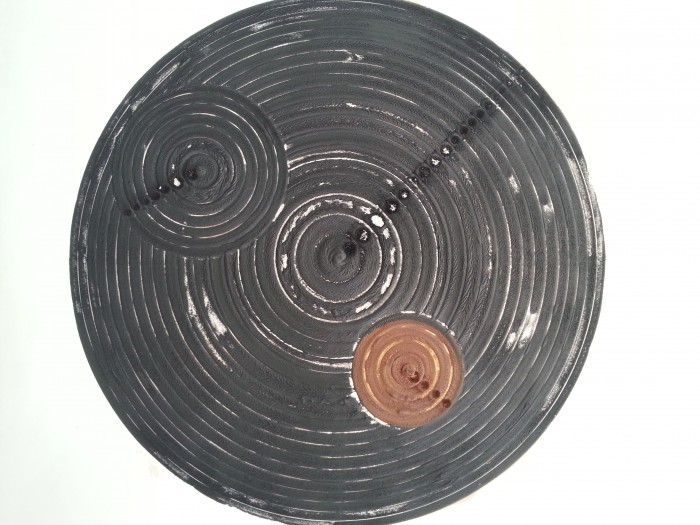 Sungfeel Yun focused on one question: “What am I?” which led him to study Eastern philosophies and religion, Buddhism and Taoism. He relates these philosophies to scientific understanding of the physical world, such as string theory and quantum mechanics. The physical laws are related to the similar concepts of philosophy and science such as the circulating system of energy created by electromagnetic force (Yin and Yang) and repeated cycles of creation and extinction within the universe. Thus, these concepts were placed in his artistic works.

The Chaos, Cosmos, and Circulation series is created by positioning the ball bearings onto a sheet of linen which is covered either with a mixture of steel fillings and glue or epoxy and pigment. The rotating magnets are attached behind the art pieces. As the magnets rotate the steel items, the patterns of circles, which resembles to nature (eg. light raindrops splashing onto the water) or universe (eg. solar system), are formed. 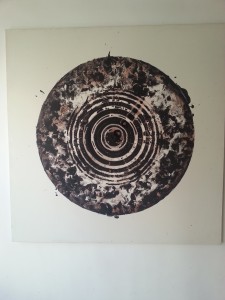 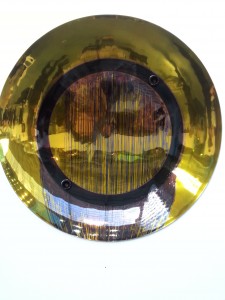 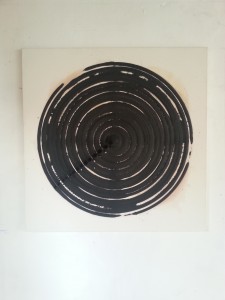 Yun’s works have the flow of repetition in the circular systems that represent harmony. At first, the works may seem look like chaos but this is not the case. Where there is chaos, there is harmony which is associated with our everyday lives. Repetition within the circulation and cycle invites the viewers to question their existence in the universe. Each work forms the visual meanings about the ongoing circle of life. It is about balance that Yun is addressing through science and philosphies in his artworks; a deep meaning behind the balance between chaos and cosmos through repeated cycles of life, nature, and universe.