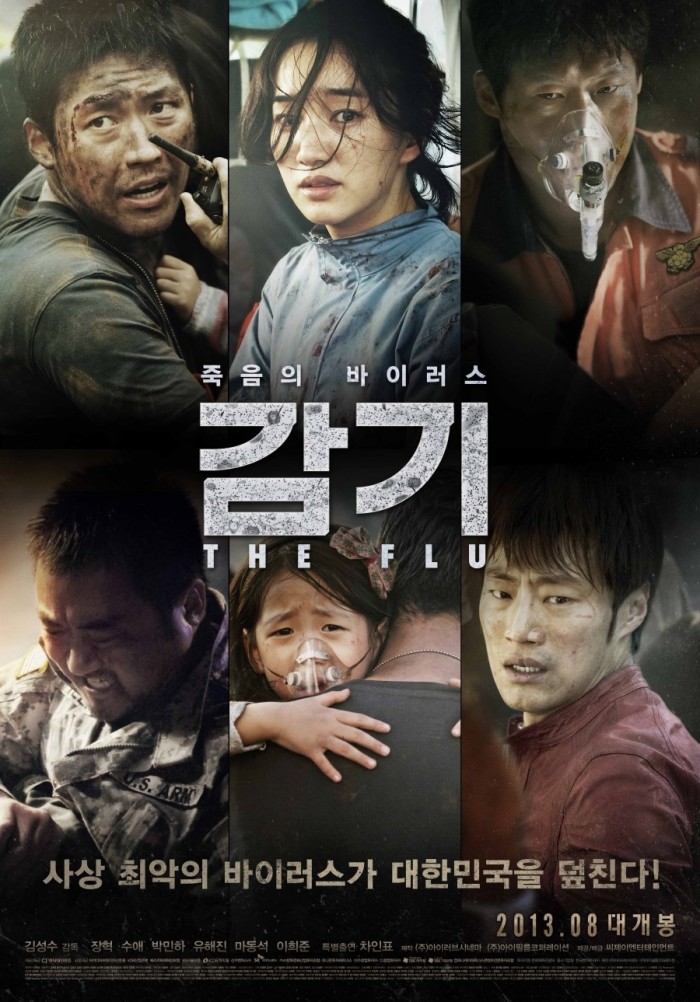 After bringing in the illegal immigrants into the country, one of the human traffickers is infected by an unknown virus which made him cough continuously. He keeps coughing out the blood until he dies at the hospital which is based at the highly populated metropolis of Bundang, Seoul. Less than 24 hours later, other citizens get the same symptoms and these cases are reported all over the city. As the infection continues to rise, the whole city goes into chaos. To avoid the virus to be spread outside Bundang, other parts of Korea, and the whole world, the government orders a complete shutdown of the city. The city of Bundang is divided into quarantined zones. The citizens continue to fight for their lives to survive and save the ones they love.

The Flu gives Director Kim a great comeback as this intensive film keeps the audiences sit tight. Compare to Deranged, a biological virus disaster film, The Flu is way much better because of its concept that does not fall into presenting to much drastic cliches. Director Kim manages not to give too much cliches that don’t make me sighed heavily. The influences for this film was through Director Kim’s exposure to the local outbreak on foot and mouth disease. Even though there were a few scenes that I presume that might happened, these scenes don’t disappoint me at all. While watching The Flu, my emotions start to build up since the beginning of the film. At first, I laughed when Kang Ji Koo, Kim In Hae, and her daughter met each other. Later, as the virus started to spread throughout the city of Bundang, my emotions shift towards being intense, sad, and shocked. 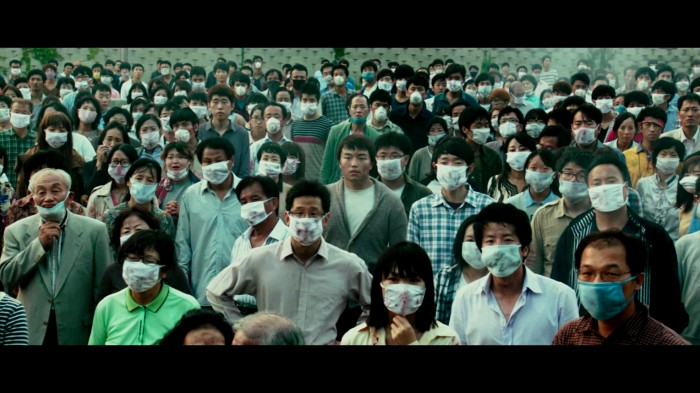 Citizens of Bundang fighting to survive and saving their loved ones (Source: CJ Entertainment)

Through his influences and working together with writer Lee Young Jong, they made these words become visually shocking and intensive scenes. Also, with the help of his production team and computer-generated imagery, these scenes not only entertaining but also bring out the powerful messages before my very eyes. The scene which I am really impressed with is the burning massacre at the football stadium. Both my eyes and mouth were wide opened as the many bodies were burned in the huge pit. The cinematography on the disastrous scenes, especially when the citizens are going through quarantined zones and creating riots along the highway, are astonishing. 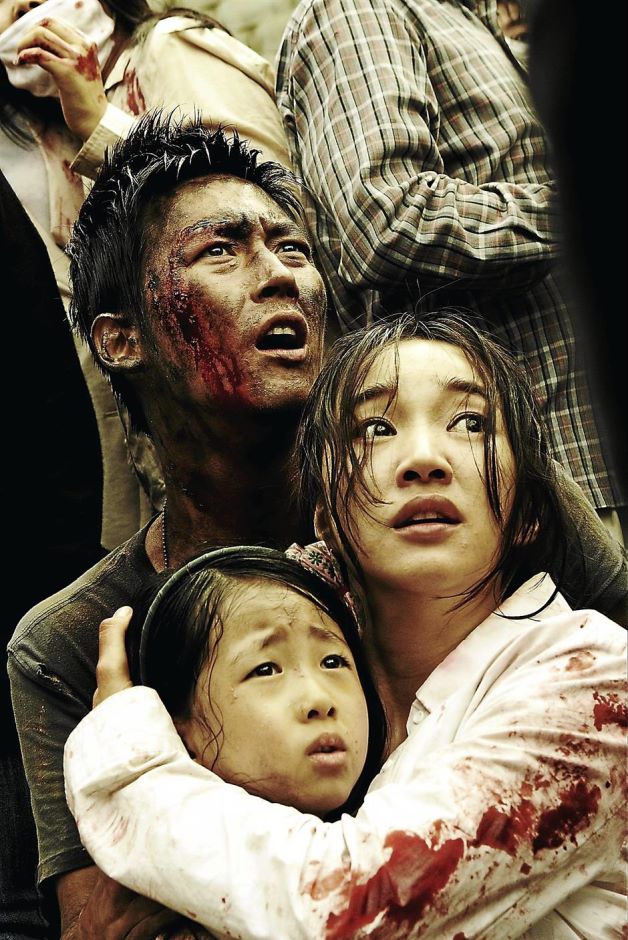 This film also has great casts who give out amazing performance. Jang Hyuk leads well through the character, Kang Ji Koo, as the strong and caring person to help the people in need. Soo Ae fits well with In Hae who is not only stubborn, but a caring mother who can’t let go of her daughter. She tries her very best to be in the position on how a mother feels when a child is sick or left behind. The youngest cast, Park Min Ah, is the one who make me cry and laugh a lot whenever she has conversations with The Flu characters. When it comes to crying, there is a scene where she cries out on not to kill her mother. That scene made me moved to tears. Other casts, such as Yoo Hae Jin and  Ma Dong Suk, gave great support in building up the storyline and relationship with the leading characters.

The Flu is entertaining and emotionally intense which you will definitely enjoy. Both cinematography and script give out powerful images and messages about the recent and previous outbreak of flu and/or diseases. It has amazing casts who bring laughter follow by tears. There are some good quality of cliches which didn’t make me shook my head even though dramatic elements among citizens and against the government, doctors, and military could be a bit nerve-wrecking. The Flu didn’t disappoint me with great visual and emotional context. This is a must-see Korean disaster film that you keep yourself uptight on your seat.

The Flu is being shown at the Cineworld cinemas across the UK. The locations are: London (Shaftesbury Avenue, Wandsworth, and Enfield), Cardiff, Glasgow Renfrew Street, Aberdeen Union Square, Nottingham, Birmingham Broad Street, Dublin, and Sheffield. Don’t miss out on watching The Flu.