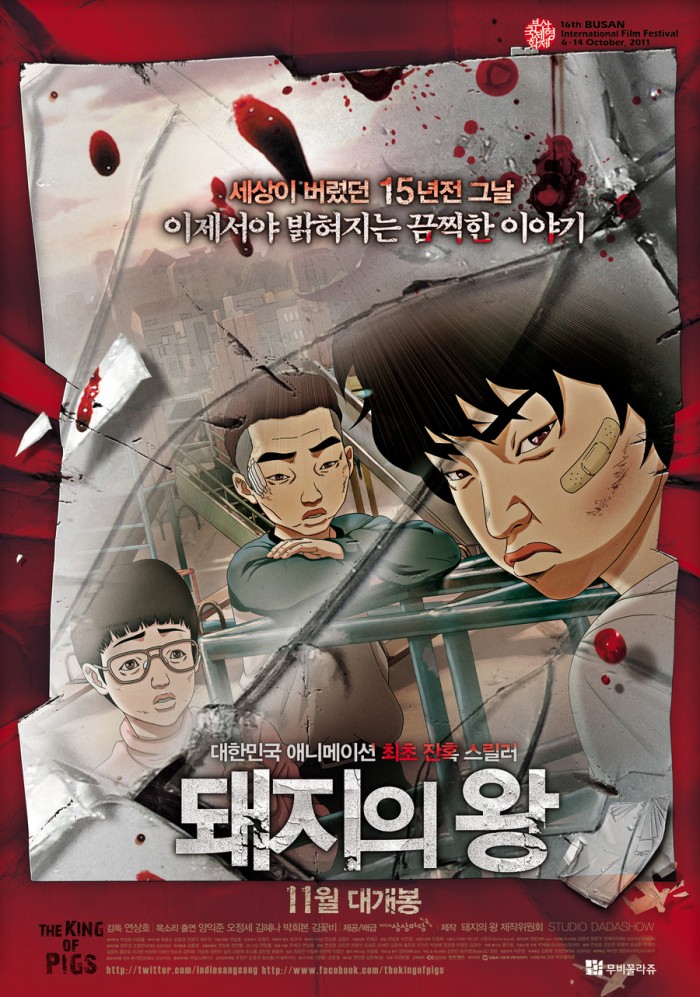 Two men, who used to be middle school friends, meet again while living in different lives. At school, there’s a lot going around in terms of class and social status. For those who are losers, they are known as ‘pigs’. This film reflects on the theme of bullying at school especially when it comes to mixing with peers and how it affects their daily lives.

While watching this film, it gave me an eye-opener about how the people have struggle in their daily lives. It shows how people have gone through in financial situations while the rich people are enjoying their lives. In addition to that, because of their social status, some of them look down on those who have bad reputations. Besides that, you can see people have to earn money to support the families even though they have to have a horrible job like Chul’s mother work as a hostess at the karaoke bar and Hyung Min’s father work as the owner of the karaoke bar. Because of that, this affect their child’s reputation that gives the school bullies the opportunity to take advantage of them.

In school, we can see that the whole students have their own social status and ranks regulations. For the rich and well-known people, the losers have to respect them. If not, they’ll take advantage of you. Even if the losers respect them, they still do whatever they want while they don’t even care how they feel. This reflects how bullying happened in schools. I was so angry while the bullies are enjoying themselves to do what they want especially when they ‘treat’ the losers nicely. Because of that system, the losers’ mentality and action is affected. Thus, bully and violence is wrong.

As for the animation, I would say that it’s not really horrible. They have the storyline which is related to the current situation in Korean society. They have the characters which reflect the high school students who are concern about social status and reputation. The quality and effects of the animation is quite good such as how the three boys react when they see fear from their very own eyes. Towards the ending, I hold on to my emotions as these characters show how they suffered from their harsh middle school memories till their own lives. I do hope that Korean animation will be brought up and known in the international market while representing the essence of Korean film industry.