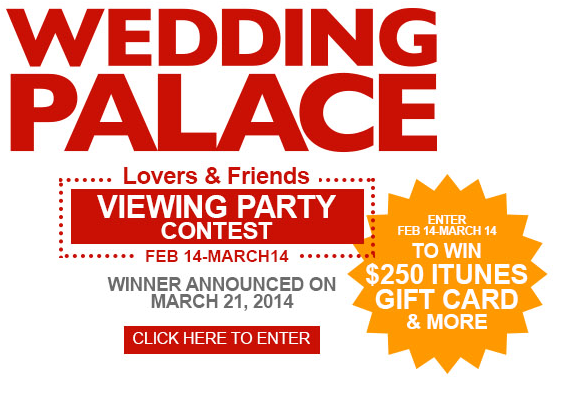 Since the US release of Wedding Palace, this film has been the winner of Best Independent Film, Best Cinematography and over $100,000 in prizes at the Cinegear Film Series International Competition. Also, the film has been awarded the Director’s Award at the Atlanta Korean Film Festival. It has gained a global Facebook audience, about 100,000 fans, followed by 500 over Twitter followers.

One of the key themes in the Wedding Palace is the power of online dating and social media. The Wedding Palace decides to hold a social media event that promotes fun, Korean food, romance on Valentine’s Day, and many more. So, the Wedding Palace invites you with lovers and friends to watch the film and enter the contest. The winners will get A Korean Kitchen cookbook by Hawaiian food celebrity Joan Namkoong, $250 iTunes gift card, and other fun Korean-themed prizes. 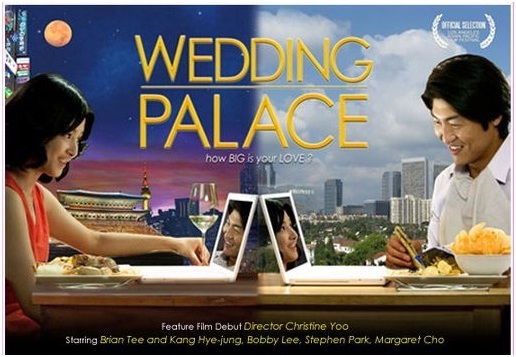 Here’s how you can participate in the contest:

Winners will get the following prizes:

The film is available On Demand, DVD, and online. The winners are chosen based on their creativity. Get some party tips through here. Winners will be announced on 21 March on the Wedding Palace Facebook and Twitter.

Send in your entries by: 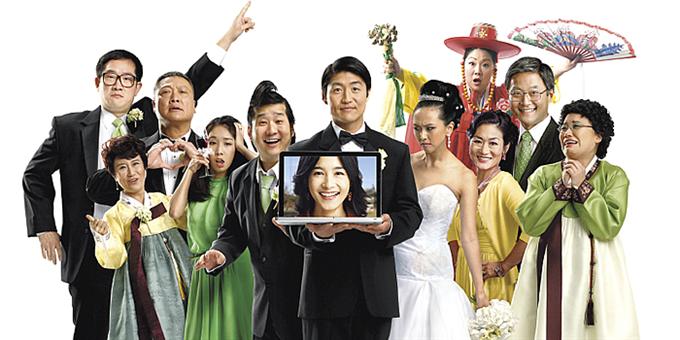 So, get your creativity going, filled in the entry form (link), and enter the contest. Most importantly, have fun watching the Wedding Palace with your friends and family.

Also, Wedding Palace will is available on iTunes in all English-language speaking countries:

Wedding Palace will have its theatrical release in the Philippines on 12 March followed by in Malaysia at the later year. The film will be released via cable on demand and online in Latin America.