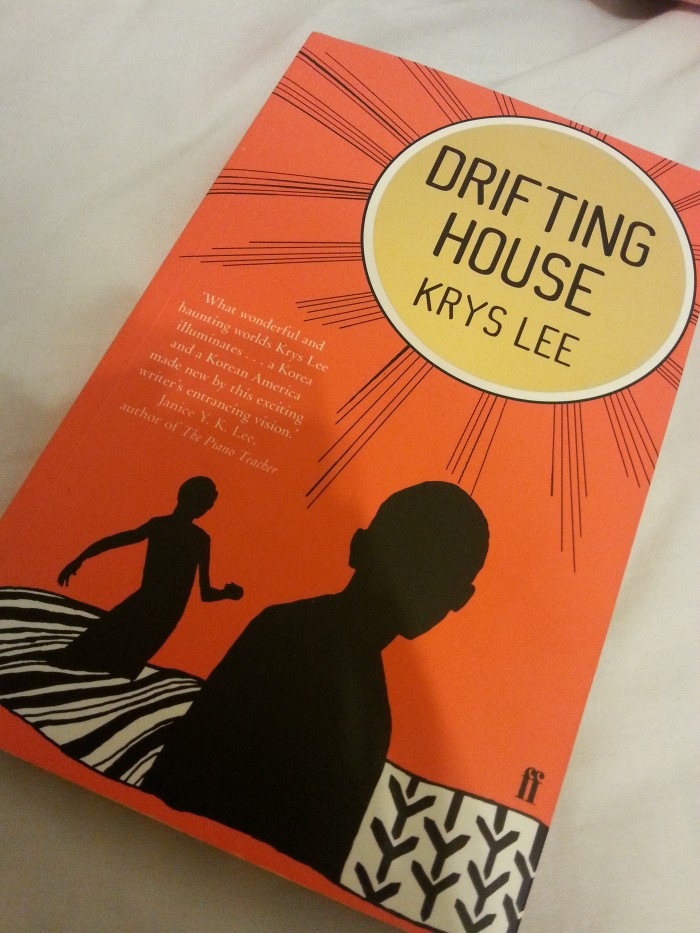 A collection of short stories in Drifting House are based on the fictional characters’ lives that they have been going through in North Korea, South Korea, and the US. Their stories conveyed the struggles that they have been going through between the postwar era and contemporary period. Krys Lee tells the stories about the hardships through scenarios such as escaping from North Korea, financial crisis and unemployment in South Korea, getting along with their own identity in the US and other related stories. Drifting House presents these stories that consists theme of love, identity, war, and longing for “home”.

Kyrs Lee uses the historical and cultural themes as concepts of narratives while placing the characters who performing through the lines of written fictional short stories. Based on the title story, the children escape the famine in North Korea while trying their best to survive in the harsh environment. As the eldest son, he follows his mother’s wishes and help his siblings to escape to China. Yet, the cries of his sister, Gukhwa, leaves him no choice but to let her go. While looking into the societal in North Korea, she implies the broken family structure with key characters of the story. Krys Lee explains step by step of how the situation goes but every single word that she wrote build up the momentum especially with great anxiety and sadness.

Apart from that, Krys Lee has wide collection of short stories that are set in South Korea and the US. Each character has their own sad story to tell. There is the separation from family. There is the adoption or having a new family member in the house. There is also the case where there is trust and love between men and women. Also, there is a case where Kyrs Lee put you in an imaginative position where you lose your job during the financial crisis. The losing structure of situations and society causes the characters to go through emotive pain and sadness while they tried to support their closed ones. A good example is The Goose Father who is financially supporting his family in America. Yet, a tenant and his goose emotionally and metaphorically made him realized the sense of loneliness. It is a detailed exploration of characters who have been through tough times with their own situations and closed loved ones.

Drifting House has interesting short fictional short stories to be told to the readers. It leads the readers from one story to another while understanding the pain and suffering they have been through the complicated society. As stated earlier in the introduction, wherever they are, either in North Korea, South Korea, or the US, their stories consist the concepts that goes through your mind with emotions from every single word and detail that Krys Lee wrote.

You can purchase the book through Amazon and Amazon Kindle.