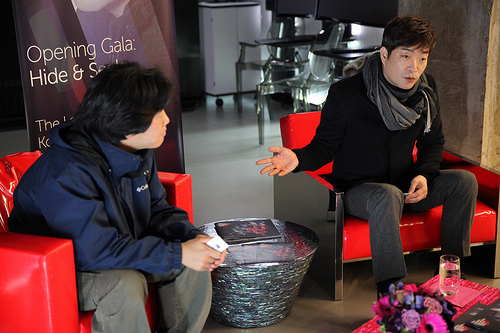 How did you two meet and why did you decide to work together for Hide and Seek?

Huh Jung:  The actor Son Hyun Joo had diverse appearances within him. He is quite easy to approach and being quite naively to the film image. At the same time, he is quite sensitive as well. So, that is why I am interested in working with him.

Son Hyun Joo: I initially didn’t know who Director Huh was before previously. Then, I read his script. The script had a very tight and tense structure. I said this quite a lot but I read through the script in one go for the first time I read it because it was too entertaining and also tense as well. So, I really want to meet the director. We met and I got the chance to work together with him. He told me that this was the original script that he wrote himself. I was just curious about what he thinks and the way his mind works. He is extremely meticulous and even counting down every second when we were shooting. The shooting was comfortable, at first, but we were never letting go completely which becomes intense due to the director. These were conveyed through the film. I think is really a blessing to meet and work with Director Huh. I am very much looking forward to his second film.

For the locations such as apartments, how did you find those locations for filming? Were these portrayed the comparison between the rich and poor who are living at these places?

Huh Jung: In terms of the shabby buildings, right from the very beginning, we knew that we want to use that location in order to be quite an atmostpheric space. That was quite clear from the very beginning. In terms of the most luxurious apartment that we use, I want to convey the space that anyone of us that we can live in and quite felt familiar. I want to present the juxtaposition of these two spaces. There was the slight intention to portray between the rich and poor as well.

Son Hyun Joo: It would have been very difficult for him to find these locations for the film.

Huh Jung: My members of staff worked really hard to get these locations. 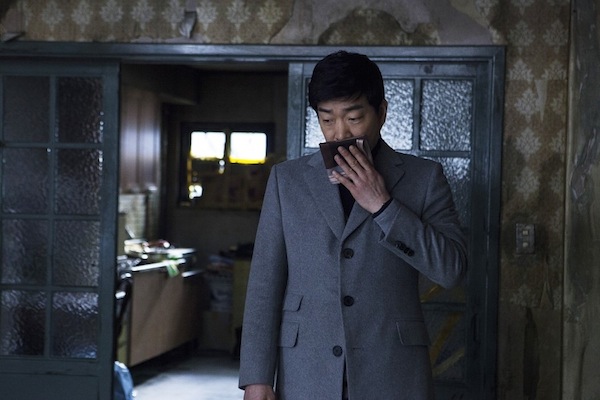 Son Hyun Joo as Sung Soo who has OCD

In Hide and Seek, Sung Soo has the OCD while Joo Hee has schizophrenia. Why did you decide to portray these phobia through this film?

Huh Jung: The film conveys various emotions. When you think about somebody hiding in your space or house, you be most affected by that. Somebody who is quite sensitive or phobic around those issues. In terms of desire in moving to a better house, somebody might feel anxious and guilty like the characters does. There are emotions that are based on living at the house. So, that’s why I wanted to portray the different emotions that comes with.

For Son Hyun Joo, what were the challenges faced when portraying the character, Sung Soo?

Son Hyun Joo: Previously, in Hide and Seek, would have been something that is shown as bad times. But actually, in the script, it more related to realistic topics in everyday life. That’s make it easier for the audiences to come to watch the film because it could happen to them. The hardest thing in the script was to convey the character who has OCD. In the film, there were a lot of scenes that are edited out regarding the character who has traumas with his brother in terms of pacing and tension of film and narrative. There were a lot more scenes explaining the feelings he had towards his brother and how it manifested his illness. It was very difficult in thinking how am I going to express it. I had many discussions with the director and we tried various things to come up with. Fortunately, once the director’s cut in the film comes out, there will be a lot explanations about why the main character ended being the way he was.

I asked individually about their careers. 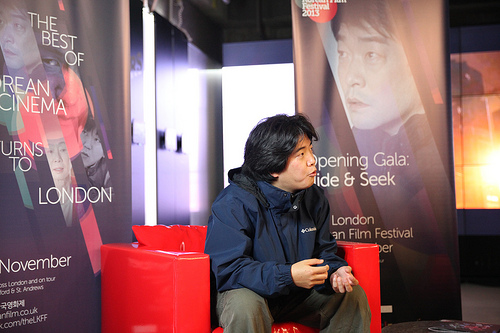 As a director, were there any difficulties in showing Hide and Seek, a low budget film, to the mainstream audiences, not only in Korea but also internationally? 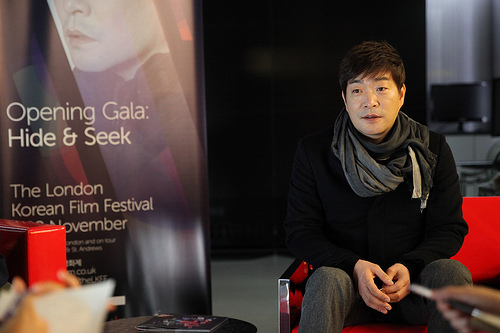 You have been acting as father, husband, and detective in both previous dramas and films. Have you ever considered in acting another different roles in your upcoming projects?

Son Hyun Joo: Yes, of course. In dramas, I portrayed the roles as father and neighbour. However, next year, I will be playing the role as the president. After that, I don’t think there is nowhere for else for me to portray other kinds of character.

What was your experiences like when acting in The Chaser? What are the difficulties you had when portraying as a detective and father?

Son Hyun Joo: In the drama, The Chaser, I played the character who care about his daughter and wife and is betrayed by his colleague. Even though it’s a drama, it was a very lonely experience and quite exhausting at times. Overcoming those difficulties were the hardest. During that time, there wasn’t a single day where I would not be crying or be depressed when enduring the difficulties in portraying this character while having a huge sense of loneliness that comes with. After The Chaser is finished, I acted in Hide and Seek. I was in a place that is very exhausting in mind and body. I was thinking very hard for my next project about what I could do that can be very different from The Chaser and change my image in that way

Son Hyun Joo: It is extremely enjoyable. Right now, Kim Soo Hyun, Park Ki Woong, and Lee Hyun Woo are the hottest actors. I have very fond and good memories with them. I hope to work such great actors in the near future.

The interview ended by asking what their future plans are.

What are your future plans?

Huh Jung: I am thinking of what I should be doing for my next film. I am thinking about certain themes but, at the moment, not very specific.

Son Hyun Joo: As I mentioned before, I will be portraying as a president in the film. Once that wraps up, I will starring in another thriller film.

Thank you to the both of them for allocating their time to participate in the interview. I would recommend that you should watch Hide and Seek. Wish both of them the very best in their upcoming plans in 2014. This is by far the most “hand-gripping” film that I have ever watched.