Interview with “Square the Circle” 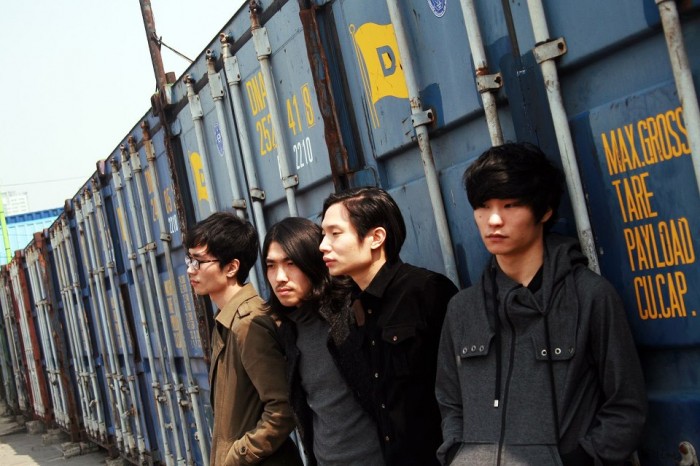 I have been listening to Square the Circle’s songs since when I listen to their latest album for the first time. Five different songs with unique tunes in an album is worth my 30 minutes listening to them. If you haven’t listen to their music before or yet, check out my review about their recent album, 1003. I spoke with Park Joon Hee, the vocalist and guitarist, who talk about their band, album, and music.

How did you guys meet? How the group was formed?

Joon Hee: Min Soo and I have been friends since middle school. Min Soo met Hyo Cheol (Hyorohl is his nickname because he looks like Dave Grohl.) and I met Jeong Joon at the university. We all wanted to create our own music, so we organized the band together in 2007. Before we come up with the name ‘Square the Circle’, we had a different band name back then.

What is Square the Circle?

Joon Hee: It means ‘to try the impossible’. We like its meaning of the name for our band because making a rock band successful seems impossible especially here in Korea.

How do you describe your type of rock music in the band?

Joon Hee: We just call it ‘garage rock’, which is mixture of loud punk rock, hard rock, alternative or something sounds rough. We don’t care the name of genres we play. 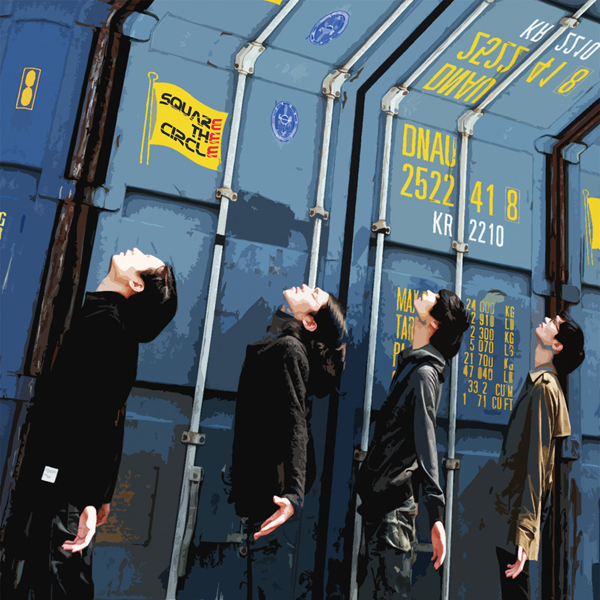 Joon Hee: ‘1003’ is a room number of the studio where we recorded the album. Actually, we didn’t have a title for this album until we uploaded it on the Bandcamp. We had chosen the title ‘1003’ because we wanted to remember the special memories we had there.

How was the song writing and music production made for the songs? What was the craziest moment when preparing for this album?

Joon Hee: We write the songs together. Sometimes, we argue or we are stuck and cannot proceed at all for a few days. Pretty hard times for us, but it was really worthwhile.

Could you explain each of the song and why have you decide to make them?

Joon Hee: Sometimes, you just want to focus on this very moment and live like there’s no tomorrow. We’re all gonna die someday and nobody knows when it will be, so we should enjoy today. That is how Wild Turkey started from thinking about that.

The Golden Yellow is a song about a lonely man and his dog. He talks to the dog about his feeling and try to be consoled.

Bitchquito means a female mosquito that sucks men’s blood. The song features a girl who uses her boyfriend like a living wallet and ditches him when it runs out. (It’s not related to a personal experience.)

And, that girl and some vegetables like carrot and broccoli are brought into an electric mixer and turn to Vegetable Juice by her ex. Quite grotesque, but it has a sense of humour.

Charlie is a story of a solitary man who thinks of himself as Charlie Chaplin. He goes for his last act. Lyrics of the chorus part is “You laugh, but I cry and get lost like a dust”.

Among the songs in the album, which would you recommend and why?

Joon Hee: There is no title track for this album, because all five songs have different characters and they’re all good enough. So it’s hard to pick one song, but you can choose Vegetable Juice because two vocals are well mixed and the song is very exciting.

In your opinion, do you see there is an increase of awareness of indie music to the audiences including global audiences?

Joon Hee: Yes, definitely. But it’s still very small. We expect a bigger increase in the near future.

Would you prefer to perform live performances at smaller venues or through live TV broadcast? Why?

Joon Hee: Both have respective merits. But it doesn’t matter how big the venue is. The important thing is whether the audiences are prepared for the show. So, we prefer to perform at the venue that is full of the enthusiastic audiences.

Who are your favourite rock bands that you look up to?

If there are possibilities to perform together with other K-indie bands in the near future, who would it be and why?

Joon Hee: It would be ‘April 2nd’. They and us were chosen as Rookies of September 2013 together. The style of two bands are quite different, but it would make a show very special.

Between the 1st EP, Slow Starter (Remastered), and the 2nd EP, 1003, what have your group learned so far?

Joon Hee: We are still far from great, but we learned to write a better song and to perform better. The musical chemistry between us became stronger. That’s very important.

Any future plans for the group?

Joon Hee: We think we should improve ourselves a lot. We will keep trying hard to find our own sound, and will be on the various stages steadily. Also, we will gear up for the first full-length album next year.

Would you like to say a few words to the readers?

Joon Hee: Thanks for reading, and we really appreciate your interest. Hope to see you on the road!

Thank you to Joon Hee and the band to allocate their time away from the busy schedule to this interview. Wish them all the best and I hope to see their live performances soon. Please spread the word about Square the Circle and support them. They will be performing November 1 (this Saturday) at the Club Freebird with the Burning Monkeys and Teddy Boys. It is worth heading over there to see their live performances and rocking out with their music. Find out more information at the Facebook event page. Also, don’t forget to follow them on Facebook and Twitter.