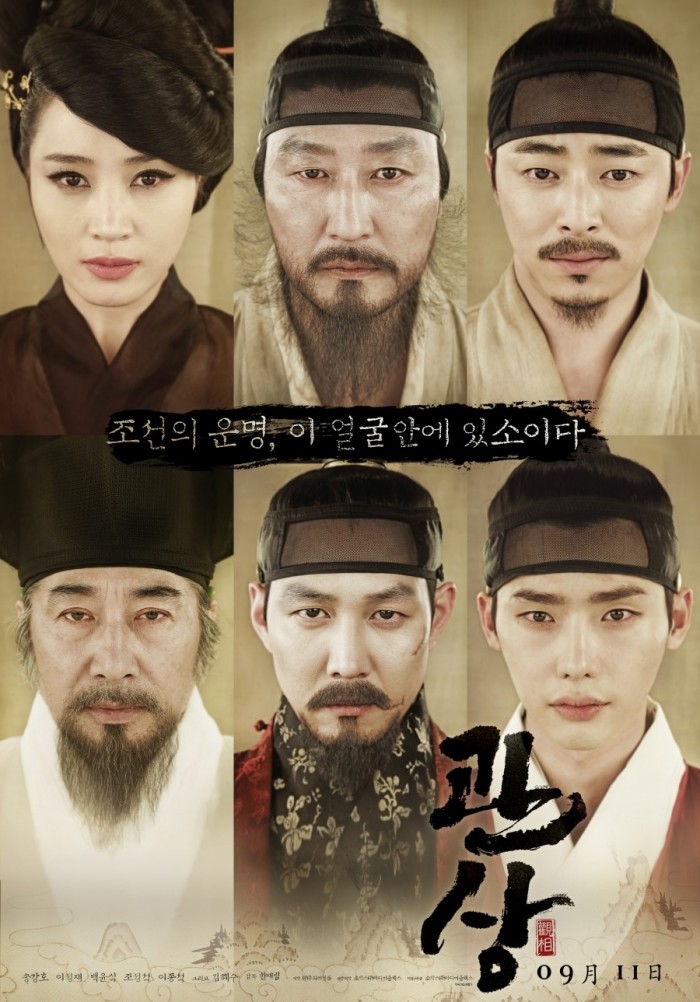 Nae Kyung (Song Kang Ho), who is from a ruined noble family, is known to understand the people’s personality, habits, future, and mental state by looking through their faces. He lives together with his son, Jin Hyeong (Lee Jong Suk), and his brother-in-law, Paeng-Hun (Cho Jung Seok), near the countryside mountains. One fine day, a courtesan gisaeng, Yeon Hong (Kim Hye Soo), visits Nae Kyung and asks him to work together with her as face-readers at the courtesan house in Hanyang. After Jin Hyeong left to study as a public officer, both Nae Kyung and Paeng Hun decide to work at the courtesan house to earn some money. While Nae Kyung works as the face reader, he also got himself involved in solving the murder case through his great abilities in looking through the murderer’s face.

Kim Jong Seo (Baek Yoon Shik), the Vice Premier to the King, notices Nae Kyung talents and hires him to be part of recruiting public officers. Nae Kyung does the recruitment by doing face reading. At the same time, he is asked to identify who will take down the King Munjong’s throne. After the king passed away, he finds out that Prince Sooyang (Lee Jung Jae) has evil plans to take the throne and rule the kingdom. Nae Kyung tries to stop Prince Sooyang from plotting treason against the young prince while he builds and protects the father-and-son relationship with Jin Hyeong who becomes the public officer.

I didn’t sink in much with The Face Reader as its storyline didn’t totally grab my attention. It’s rather a very surface layer that I 50-50 understood what is going on with the story about Nae Kyung. However, I enjoyed the second half more than the first half of the film because a little bits of elements are added that levels up its empathy of Nae Kyung’s journey. The film has some bits of funny elements at the beginning. Later, at the second half, tension starts to build up right after finding out that Prince Sooyang attempts to talk over the throne after King Munjong’s death. 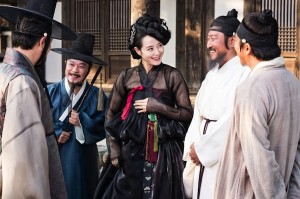 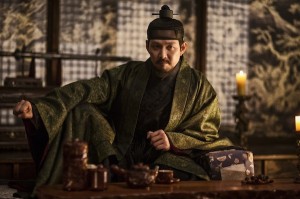 Yet, there are some scenes that I held my breath and gripped my hands as either one of the characters got killed or save by the bell. The rough long 30 seconds of the character making a death move to the other made my eyes wide open. For me, one of the scenes that I felt really attached to it is the father-and-son relationship between Nae Kyung and Jin Hyeong. Nae Kyung does his best as a father who cares about Jin Hyeong’s future, health, and safety while risking his topsy-turvy life especially when Prince Sooyang causes the whole kingdom in havoc. It made me smile but later the smile disappears as Jin Hyeong is in trouble. It is heartbroken but moving. 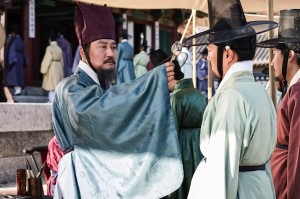 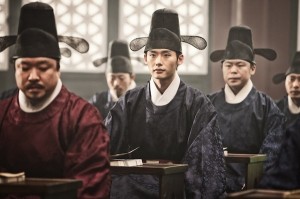 Director Han has taken other Joseon era historical elements, in terms of costumes, film setting, and cinematography, into consideration which I was amazed about them. The costumes were set appropriately based on class while the simple but layered detail of clothing are impressive especially in between the classes of gisaengs, commoners, and royal officials and family. The film settings, with a good amount of lighting and camera focus, are eye-openers and beautiful. Every single detailed architectural building (eg. the royal palace) and interior are amazing. These elements, which the director has put effort in it, build up the viewers’ interests about the Joseon history and culture.

The casts have done well in polishing their own characters with its own individuality. Song Kang Ho’s performance is outstanding has he moves from being a jovial person to a serious and emotional person. Lee Jung Jae has portrayed well as a evil, greedy, and selfish Prince Sooyang that makes the viewers in rage for how he brings the darkness into the kingdom. Although the other casts have minor roles to play, they are able to stand out and supporting each other so that the flow of conversations and storyline go smoothly. 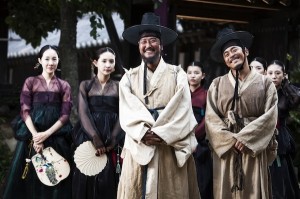 The Face Reader may have a storyline which you would have a mixed opinions about whether you understood or not but I think it takes time to get the whole picture of what’s going on with Nae Kyung’s emotional experience. Some aspects of filmmaking, from film setting to casts, are not disappointing as each of these has its own attributes that grab your attention. The film is one of the good examples of historical period films that has almost every angle that you could think of. Still, the most important thing is to have the balance and unity including how the audiences could take time to understand the factual and, either in-depth or surface but understandable, storyline.