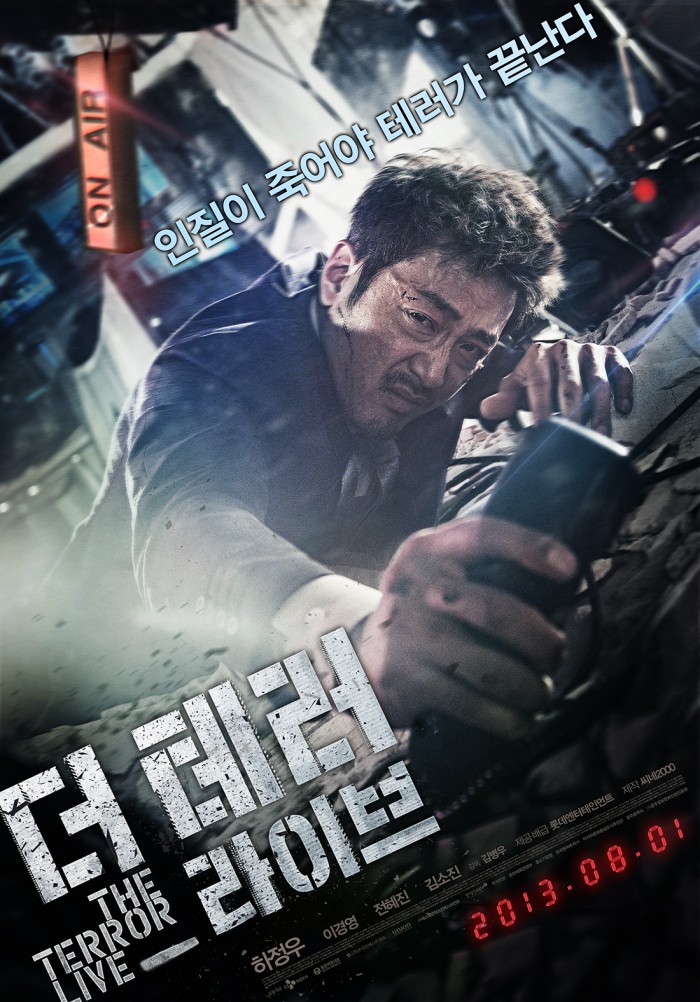 Yoon Young Hwa (Ha Jung Woo), who used to be a news anchorman, is now working as a radio announcer due to an incident that he was involved in. During the morning show, he receives a call from the listener and says that he is going to blow up the Mapodaegyo Bridge. Young Hwa take this call as a joke but soon realize that it’s real after he hears an explosion. From the radio station, he sees the explosion at the Mapodaegyo Bridge. With that incident, Young Hwa he grabs the opportunity to get his title back as the news anchorman by reporting this incident with a live interview with the caller. After getting permission from his former boss, Cha Dae Eun (Lee Kyoung Young), he starts his live broadcast immediately. The caller demands more than 2.1 billion won and apology from the President of South Korea because of being mistreated while working as the construction worker for building the Mapodaegyo Bridge. The caller also warns him that there is a bomb at his earphone. Young Hwa is in for the harshest ride while being in a terror live broadcast.

Terror Live doesn’t make the audiences feel bored with it because of different camera angles that are used within the same location which is set at the newsroom. During the intensive scenes, the camera shifts, from one angle to another within minutes. With multiple cameras and focuses for one cut per few minutes, followed by combining every single shot that is taken from the small newsroom, This gives out the audiences the anxiety of what’s going on at that location during the live news broadcast. Also, the effects, including audio, made the heart beats with worries. One example is the bomb that is in Young Hwa’s earphone that keeps beeping which the audiences feel tense and hopes that the bomb would not blow up his head. Both visuals (the use of camera focuses and angles) and audio have bring the “heart-beating” ride where victims, police, and staffs from the newsroom are on the run in settling the terror bomb incident on the spot while broadcasting this event lived. 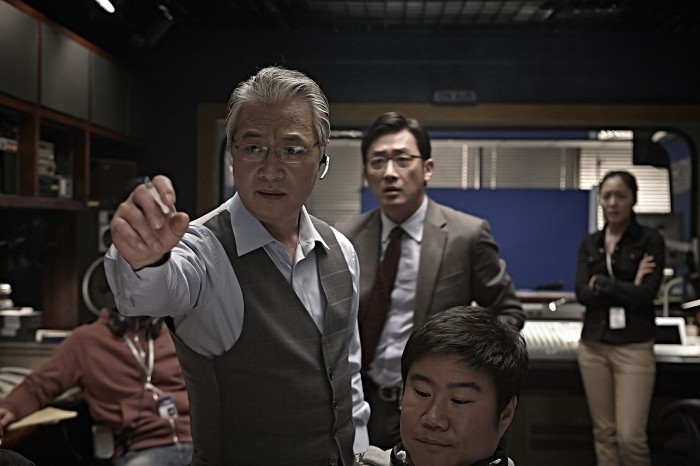 Young Hwa, the main character, of Terror Live has his own agenda of greed but, later on, has a heart to care about the victims who are standing in the middle of the exploded Mapodaegyo Bridge. On the one hand, he wants to get back to be the news anchorman as he enjoyed and loved his job. On the other hand, the greed leads him in getting so anxious as he just follows what the caller wants because of his mistreatment by the higher officials during constructing the bridge. Furthermore, Young Hwa tries to work out in handling the situation as much as possible through his own strategies especially when he scribbles down the keywords in paper. Yet, no matter how hard he tried, he ends up being bullied by every single person. Not only the caller, but also Dae Eun and the police who keeps pressing on him by bringing out the bribing incident that he was involved in. He feels so frustrated in satisfying himself and others until the ending about his decision about whether to live or die by the touch of the button. Overall, the steps of how Young Hwa takes in and making decisions in a live terror situation as a news anchorman are not really complicated as the shift from greed to despair goes on a steady and intensive pace. 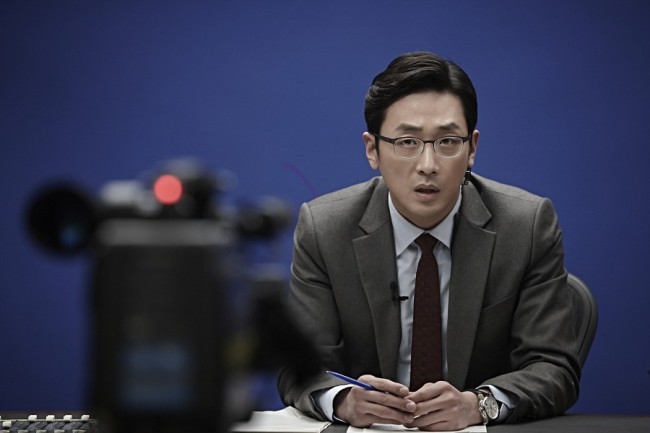 Ha Jung Woo avoids repetition by evoking various expressions, depending on situations, so that the audiences will not be bored with Terror Live. He doesn’t overdo with his expressions but also using facial gestures that the character is trying to get back to his old career and also being pushed down by others. As a news anchorman and radio announcer, he gives out really clear enunciation of stating news. The shifts of emotion from first half to the other made the audiences feel anxious of what is he going to do next. With his charismatic personality, he goes from being serious to becoming anxious and scared when he portrayed Young Hwa in a very tight situation. In one small location with multiple cameras, he is able to express his emotions with anger and sadness while not overdoing it. 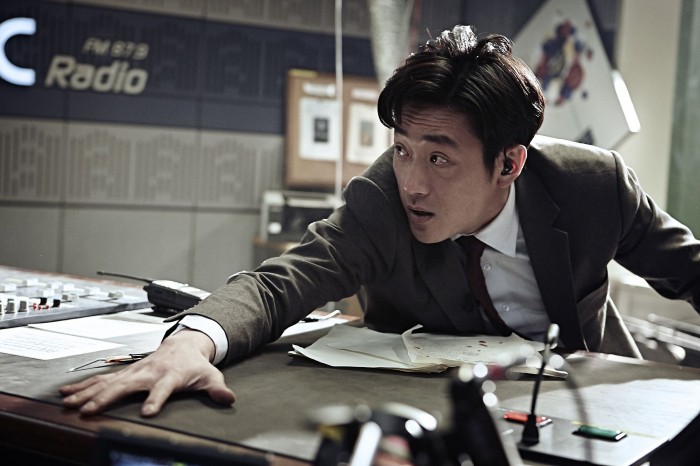 Young Hwa is in danger during the live explosive terror incident

Overall, Terror Live has few common elements that could be identified. There is a clash between high class and low class including their job position and social status. The staffs from the newswoom want to gain higher viewer ratings while the government tries to evade the problem and getting all the glory. Also, Young Hwa and the hostages trying to survive from the explosive incident. The cinematography doesn’t have so much repetitions within a single location. As many camera angles and shots as possible, it keeps the audiences by the edge of the seat while they watch intensive terror live broadcast. The charismatic Ha Jung Woo has played his part in expressing his emotions with serious vibe that he has done well in portraying Young Hwa as a working man and a victim. Terror Live has bring the audiences live with the terror incident which make them feel anxious about what is happening with the characters. It gives them so much tension within minutes from watching this film.