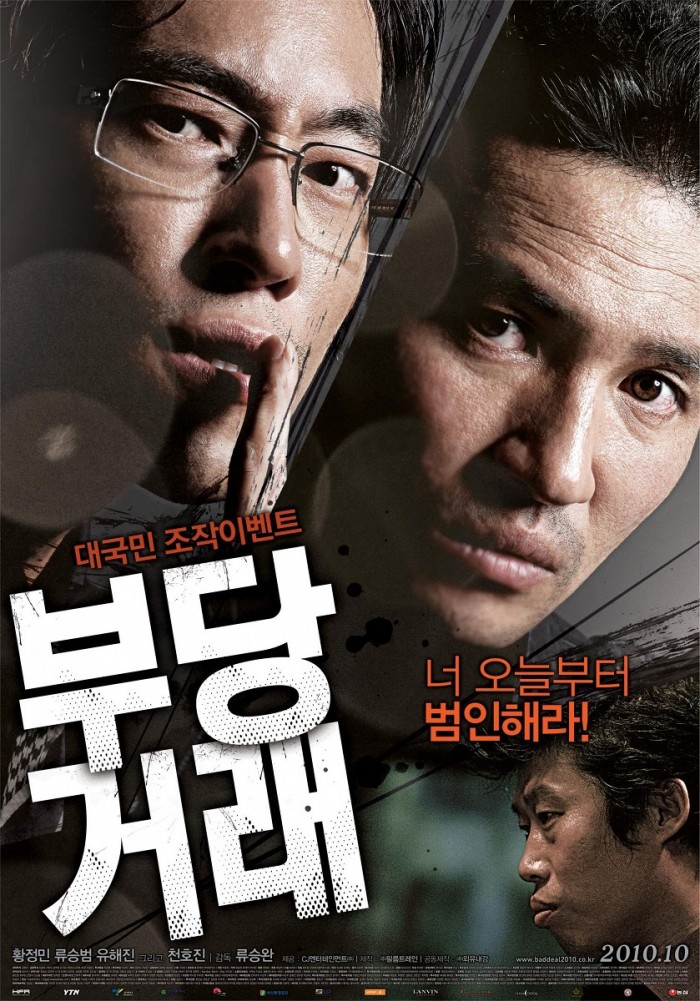 The National Police Agency is being pressured by the citizens due to the ongoing cases of murders on children. In order to end these events, the police have to target another person as the culprit for these cases. Officer Choi Cheol Gi (Hwang Jung Min) is praised by his colleagues but is unable to get promotions because he didn’t pass the academy. He is selected to do the dirty work. In return, he will get a promotion. Then, Cheol Gi asks gangster businessman, Jang Guk Su (Yu Hae Jin), for help in selecting the right person as the serial killer. On the other hand, prosecutor Joo Yang (Ryoo Seung Bum) finds possibilities in arresting the serial killer. Once he hears that Cheol Gi is also going after the serial killer, he looks into Cheol Gi’s background and later found out that Cheol Gi and Guk Su are working together. Both Cheol Gi and Joo Yang seek victory in the battle of power and greed.

In terms of screenwriting, both The Unjust and New World are quite similar in both themes and character but with slight differences of how the characters will end up in. Director Ryoo Seung Wan and Screenwriter Park Hoon Jung focus on how the characters are played out like a game of chess. They worked out on how male characters get the power to their very own hands. To make it more exciting, the male characters get their hands dirty while venting out their emotions including the times when they become hysterical. Cheol Gi wants to get promotion but the greed led him to be selfish when he uses other people to get what he wants. Similarly, Joo Yang and Gak Su are also using other people, including Cheol Gi, to fulfil their own agenda. A well-played of characters using each other to satisfy their greedy needs. 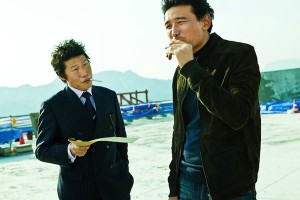 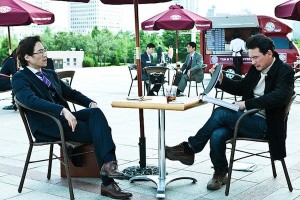 The storyline has plenty of hooks that keep me watching what the guys are doing to end the case as soon as possible while going through the physical and mental battle against each other. Each main character has their own sub-story on chasing the serial killer followed by putting them together in the spot to see who will be winning the prize. Even though it goes well according to how the serial killer should be captured, it is a great way to twist the storyline on things don’t go according to plan. With that, it made the characters more stressful followed by chasing after their rivals/opponents while surviving and covering up their dirty work. It was a good start for how Park Hoon Jung associate together with the control of male characters within the storyline before he debut as film director for The Showdown and New World. 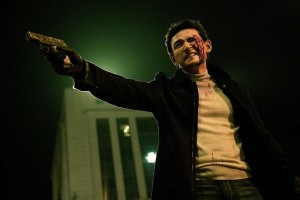 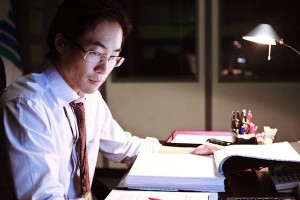 Who will survive in this battle? Cheol Gi or Joo Yang?

The casts have done well in portraying the characters in fierce state that they have to strangle each other without hesitation. It is way beyond how I thought the casts, who acted in other films, would be. Both Hwang Jung Min and Ryoo Seung Bum made great impression on how their characters go hysterical, thanks to the greed for power, while being emotional. They set the tone of actions and emotions based on scenarios accordingly. They adapt so well with the characters that made me wonder whether their personalities are like that in reality. Still, they pull off amazingly in acting out in serious male characters in The Unjust. 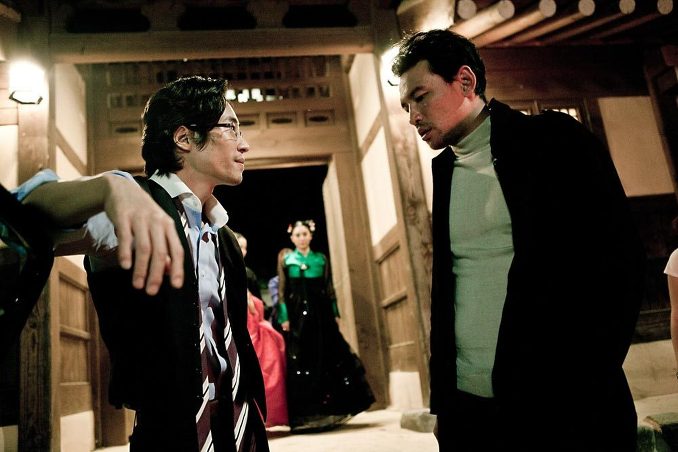 The Unjust is quite a good starting point for Park Hoon Jung in exploring the male characters within the themes of power that could lead to either victory or greed or both. Director Ryoo Seung Bum is able to focus storyline and characters in line with actions and serious emotions. By having two of them working together, it made the whole film in a world where men fight through physical and mental battle in getting what they want. In my opinion, The Unjust is more of a character-focused film. It is not as strong as Park Hoon Jung’s film, New World, which, to me, is totally mental. You will watch the fierce battle among men who crave for power and authority in the unfair world followed by how greed could lead them to the wrong path.