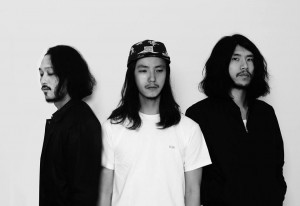 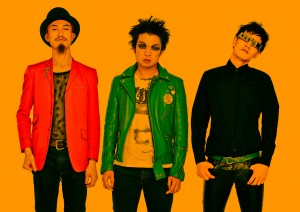 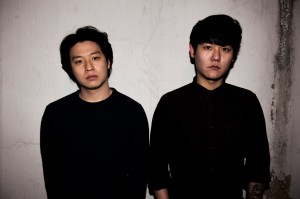 Last year in April, Galaxy Express, Goonam, Apollo 18, and Gate Flowers were the lineup for “Korean Rocks” tour in the UK. A shift of perspective on other genres of Korean music: rock and punk music. This year, PATiENTs (Interview), Dead Buttons (Interview), and Asian Chairshot (Interview) came over to have their UK tour which I was excited about it. Each band has their own unique tunes that are signified through their music. London is their final stop of their tour. They performed different locations in London which I shouldn’t miss the chance to see them performed live. Thus, I decided to go to three different locations in London as I wanted to not only listen to their live gigs but also encountering different experience. All three bands performed at the AAA, High Street Kensington on 9 May. On 10 May, PATiENTS and Dead Buttons performed at the Astbury Castle where they performed in a kitchen. Yes, in a kitchen. Finally, on 12 May, I headed over to the Pipeline where Asian Chairshot are one of the lineups for Japan Underground. 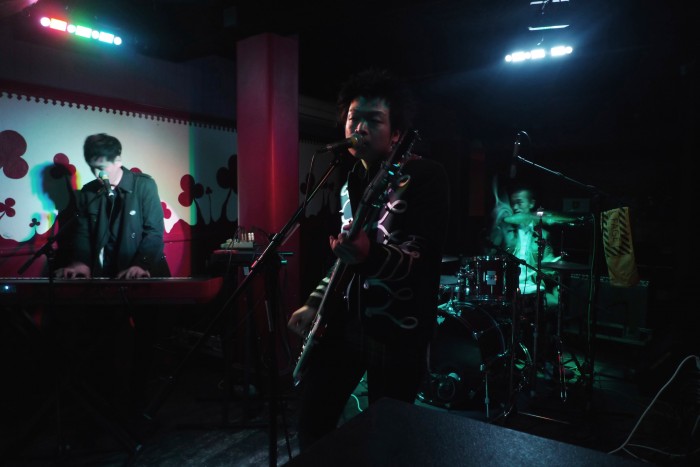 PATiENTS were the first to perform on stage. Sumin Jo (bass and vocals), HyuckJang Kwon (keyboard), and Jaehyuk Lee (drum) truly show what ‘hybrid punk’ really is. It’s another level up of punk that is fun and crazy. Most of their songs, that they had performed, are from their full-length album, Kitschspace (“Hybrid”, “R.I.P”, and “Idiot vs Psycho”) and latest EP, Let’s Drive, Let’s Go (“Let’s Drive, Let’s Go”, “All the Patients Let’s Go”, “Sipalsegi”, and “Kids of Ash”) incorporated with keyboard instead of guitar. Who says that keyboard doesn’t fit together with punk? PATiENTS executed the ‘hybrid punk’ sounds which is innovative and youthful. The songs from Let’s Drive, Let’s Go are my favourites which made me shake my head to the hyper beats. Sumin’s vocals was nicely done in spreading the happy energy to the audiences. HyuckJang’s talents in playing the keyboard blew my mind away. He played from note to note, from chord to chord at full speed without any hesitation. Throughout their performance, I was dancing along while it reminds me of my old high school days when I used to dance crazily to my favourite tunes like these in my room. Their songs brought back of memories that have a mix of retro and modern. 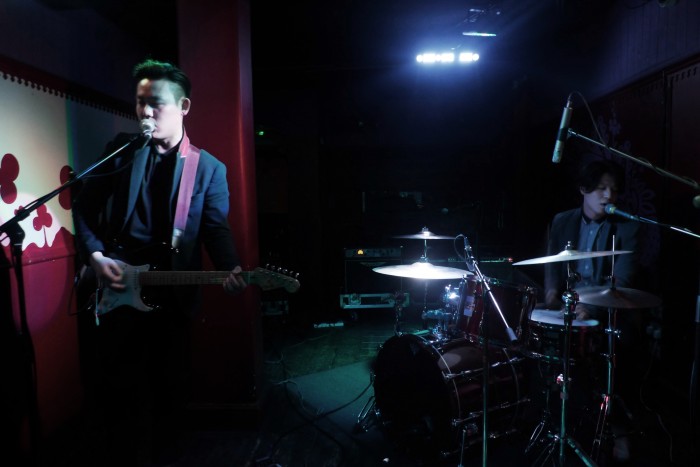 Next was Dead Buttons which left me awestruck with their performances. Jihyun Hong (guitar and vocal) and Kanghee Lee (drum and vocal) had turn the heat up with their raw energetic performances. They performed their songs from their recent EP, Whoever You Are (“Nothing But You”, “Want It”, “Witch”, “Tired of You” and “Baby, Please Be Yourself”) and two covers (Muddy Waters’ “Got My Mojo Working” and The Sonics’ “Have Love Will Travel”). I love every single song they had performed. Still, when they started to perform “Witch”, the sounds just pierced through my mind that made me go crazy, in a good way. Then, I sang along to my favourite song, “Nothing But You” which has repetitive lyrics but well-rounded rock ‘n’ roll tunes. The powerful guitar sounds and drum beats were well-harmonized while having strong vocals are in a full-blast energy package which is waiting to be opened as soon as possible. So much energy that Jihyun broke his guitar string which he needed to change it before performing the next song. Yet, his guitar skills were impressive. Kanghee’s drumming skill were so amazing that he built up the power and momentum on every single beat and tune. Most of the audiences were headbanging since “Witch” till the encore song. 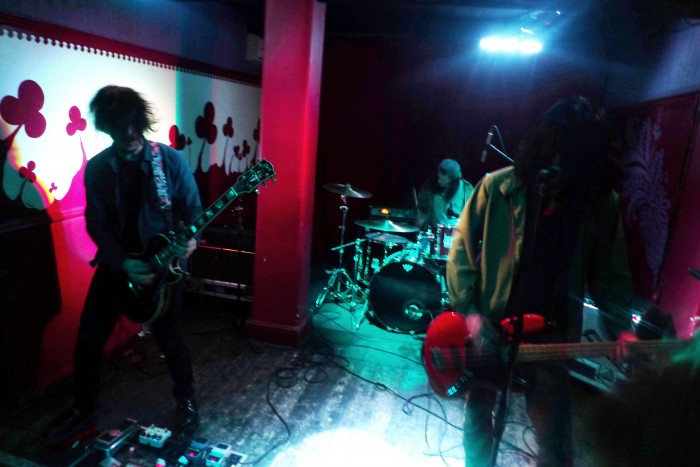 To end the night, Asian Chairshot played their songs which are mellow and hardcore melodies. Even though I didn’t get the chance to listen to “Mask”, Asian Chairshot showcased their talents in the shifts of music style during their live performance. They performed their some new songs from their upcoming album, Horizon, which is produced by Jeff Schroeder from Smashing Pumpkins. This album will be released on 28 May. Youngwon Hwang (bass and vocal) sang the high notes which are not out of tune. Kyewan Park’s (drum) drumming skills and Heenam Son’s (guitar) guitar skills are subtle yet powerful. They performed intensive and emotional psychedelic sounds. While they were headbanging especially to “Lord of the Basement”, the audiences joined in with loud beats after beats. Their new songs including “Petrification” have sentimental emotions that were shown through their performance. Their uniqueness is the changes between different music style and momentum for each verse, including the climax, which I enjoyed listening to it. Each song has flows of stories that are expressed with emotions. I am looking forward to listen to their upcoming album.

There were some technical sound problems including how the sound projected the whole venue. However, the bands performed well which leave good impressions on the audiences. I was so amazed by their performances that I wanted to attend their last gigs in London. I was knocked out by their performance that I couldn’t get out from my bed the next morning. Still, I had to refuel my energy before getting ready to head over to the Astbury Castle in Peckham.

Out of all the live gigs venue that I’ve been to in the UK, this is the first time to see a gig in a kitchen in Ester’s, the event host, house. PATiENTS and Dead Buttons said that this is their first time to perform in the kitchen. I was so looking forward to it. All in one thought: WOW. It was crazier than their performances at the AAA. Why? Because of the audiences especially those who are totally new to Korean rock music. Although the setlist was similar to the ones that they had performed at the AAA, there were so much energy from the bands that make the whole audiences go crazy, literally. 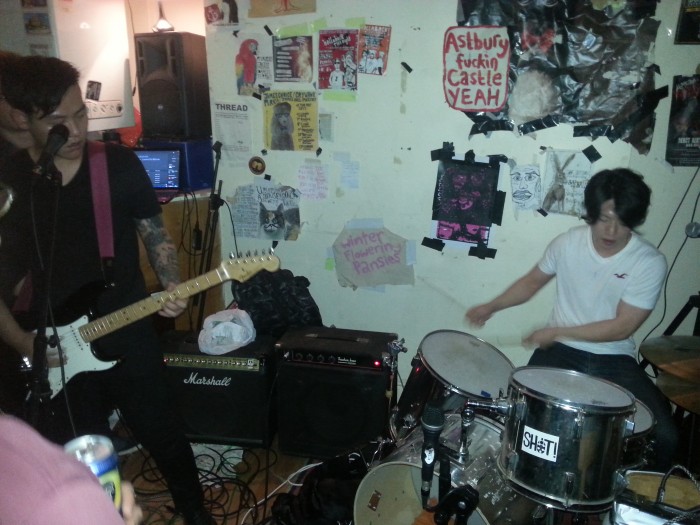 After two local UK bands, Southpaw and Janowski, performed, Dead Buttons are the next band to perform. The audiences got into the tunes when Dead Buttons started playing “Want It”. Suddenly, when they played “Witch”, a few audiences began moshing in the middle of the crowd followed by others who joined in the fun. The crowd had gone wild when Dead Buttons performed “Baby, Please Be Yourself”, “Tired of You” and “Hangover”. Also, at the last song, some of the crowds even do the pyramid. 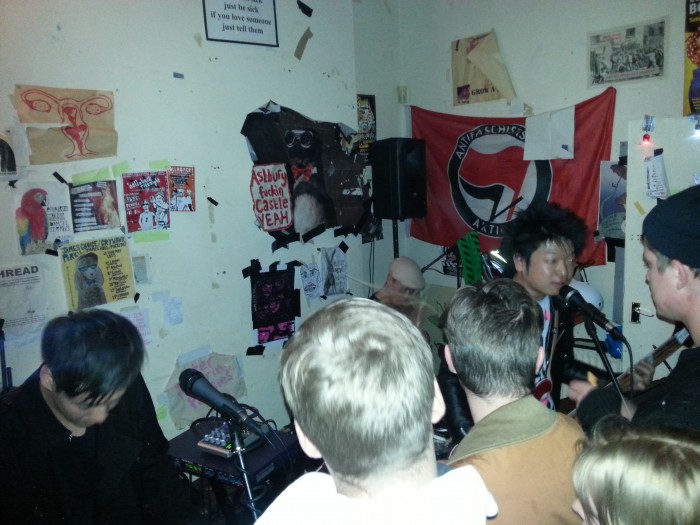 Next, PATiENTS performed and the audiences’ craziness level has gone higher. From “Let’s Drive, Let’s Go” to “Kids of Ash”, the audiences continued to go nuts. When PATiENTS played “Sipalsegi”, audiences started to do crowd surfing which made my eyes wide opened in surprise state. They had done like almost five times. Audiences asked for encore that PATiENTS played “Sipalsegi” again. That song caused the whole crowd to go wild again. I think almost every single one of them start from headbanging to jumping to moshing to crowd surfing and then moshing. PATiENTs and Dead Buttons had brought the audiences into the cycle of madness fun. 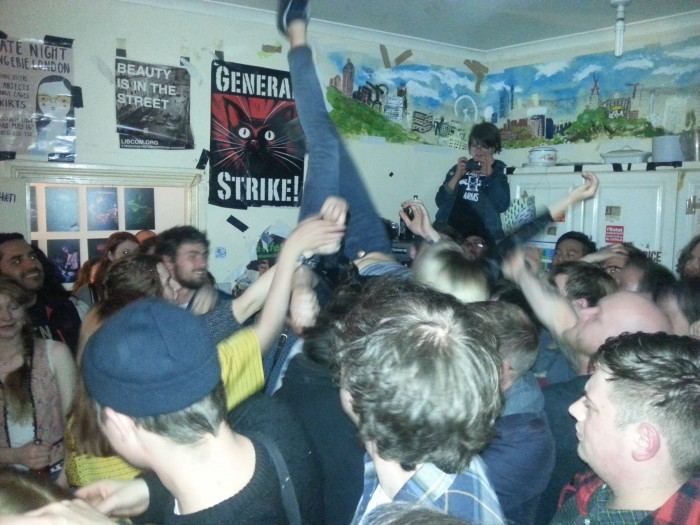 Moshing, pyramid, and then crowd surfing in the kitchen of Astbury Castle

It was so mentally crazy and fun. Surprising and shocking. Even some of the members from the bands join in the crowd. In my opinion, PATiENTS and Dead Buttons performance were more insanely amazing when I watched the second time. I didn’t regret in seeing them to perform their last gig in the UK. The audiences loved it so much that some of them want to go to Korea to check out the Korean indie music scene especially in Hongdae. That night was one of the most energy-draining but memorable moments that I will never forget: a live rock gig in a kitchen with moshing and crowd surfing.

I came to the Pipeline to see the Asian Chairshot who were performing their final gig in the UK. The only disappointment that I had is that the show was delayed for almost two hours due to taking a very long time to do soundcheck. To make matters worse, there was no sound engineer. That got me really worried of how the sound would be. There was a lack of organization and time keeping before the event began. The sound system wasn’t that good throughout the event. 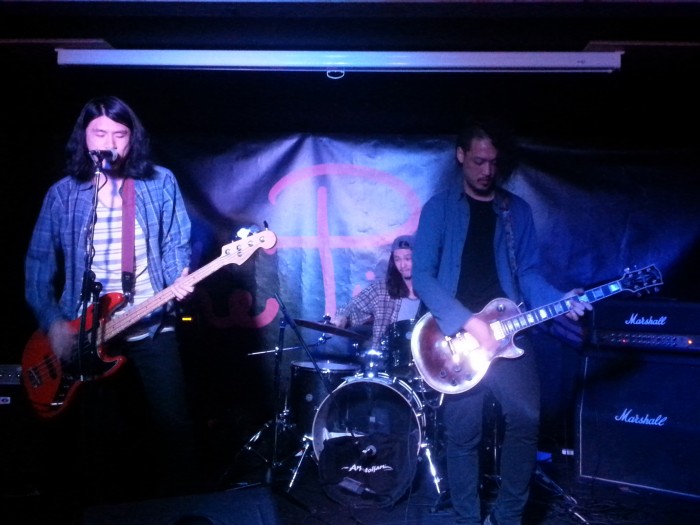 However, Asian Chairshot had managed to pull it off with their spectacular performances. While Youngwon tried his best to sing, they put out a hardcore groundbreaking performance that made most of the crowd headbanging. They performed their new songs which evokes subtle, intense, and powerful emotions. That made the audiences surprised and amazed by their showmanship and music. Audiences called for an encore because they thought it’s not enough. Thus, Asian Chairshot decided to perform a Nirvana cover song, “Breed”. They blasted out in roars of thunder that almost everyone in the crowd applauded, whistled, and cheered for them. For me, Asian Chairshot performed the best out of all the bands that night. I was impressed with both of their live performances and music. The arranged melodies speak for itself that are not lost in translation.

I would like to thank PATiENTs, Dead Buttons, and Asian Chairshot for having the UK tour. It was nice meeting them in person. They are awesome guys to chat with. Thanks to the organizers in the UK for giving the bands the opportunity to perform in front of diverse audiences. Lastly, I thank Shawn for arranging everything for the bands to have their UK tour.